2 Citroen DS4 Named Most Beautiful Car of the Year

3 Citroen DS4 Racing in the Works 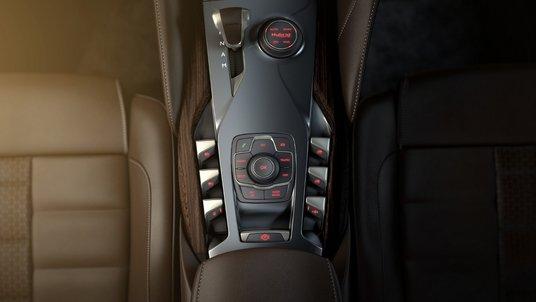 Don’t start rubbing your eyes - this is not the DS4 crossover, but the new DS5 that was revealed at the Shanghai motor show, nor is that the interior of an Italian supercar, but that of a French five-door. While it comes as no surprise that the firm payed close attention to detail, the leaked interior images scooped up by L’Automobile Magazine show a blend of lines we’d expect to see in a Lexus or Porsche.

The photos show the wrist-watch/bracelet stitching on the leather seats which will be one of the signature marks of this DS5. There’s also that large center console to admire and it kind of reminds us of the Porsche Panamera. That navigation and entertainment system is also a premium feature, indicating that Citroen must think it can play with the big boys now.

Meanwhile, the instruments have a distinctively sport look to them and the whole console has an asymmetrical feel that will set it apart from German rivals.

The DS5 is a five-door hatch, with a coupe-like sloping roofline and raised driving position, that is still fairly compact in dimensions but definitely within the mid-sized segment the DS5 will compete in.

The exterior of the car borrows from the C-SportLounge concept, offering a sleek profile and muscular wheel arches - which wrap themselves around the large (16” to 19”) alloy wheels - give DS5 an “undoubted air of refined confidence.” At he front, there is a large air intake a large chrome-finished grille housing the chevrons and a new LED light signature.  The DS5 comes with radical chrome-finished ‘sabre’ inserts stretching from the top of each headlamp to the windscreen.