4 James Howells, Who Threw Away $450 Million in Bitcoin, Hires NASA Expert to Find It

Just because it’s a common occurrence doesn’t mean it’s right. Citroën is backpedaling after online controversy around a new ad for the C4, tailored for the Egyptian market. The carmaker is also apologizing for it.
8 photos

The ad for the crossover was released earlier this month and features pop star Amr Diab as the male lead. He is the owner and driver of the C4, and it’s through his eyes that viewers get to experience the many features on the French car, including the front-facing camera on the rearview mirror. It is this one that got Citroën in trouble since Diab uses it to take a strange woman’s photo without her permission.

You can see the ad in full at the bottom of the page. While the carmaker has pulled it from its media channels, it is still available online on Diab’s Twitter.

Diab is shown at the wheel of the C4, driving through town, when he almost runs over a woman at a crossing. Mesmerized by her beauty, he uses the rearview mirror camera to snap her photo and, later on, is shown in a relationship with her. According to countless viewers and public figures, the fact that he took her photo without her permission and maybe used it to track her down so he could ask her on a date is nothing short of sexual harassment. And this ad normalizes this kind of behavior.

The video came under heavy fire on social media, where it was labeled anything from creepy to very poor taste, the BBC reports. Against the backdrop of the #MeToo movement, the French carmaker was left with no other choice but to pull the ad and apologize for it.

“Citroën cares for all communities in the countries where we operate and we do not tolerate any form of harassment,” the carmaker says. “We deeply regret and understand the negative interpretation of this part of this film. With our business partner in Egypt, we took the decision to withdraw this commercial from all Citroën channels and we present our sincere apologies to all offended communities by this film.”

This isn’t the first time, and it will certainly not be the last when a carmaker is backed into a corner and forced to pull marketing materials for being offensive or just plain wrong. The frequency of this occurrence is a commentary on how carmakers and PRs must work harder to read the proverbial room before making a statement or face backlash from the same community they’re trying to cater to. 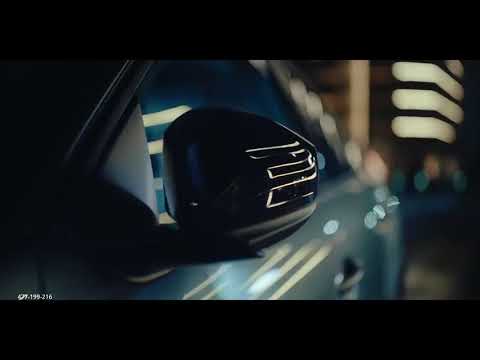