1 Marchionne Has the Knowhow to Save Chrysler, Autoevolution Poll Reveals

3 Chrysler Group's New Board Includes Fiat Execs
Up Next 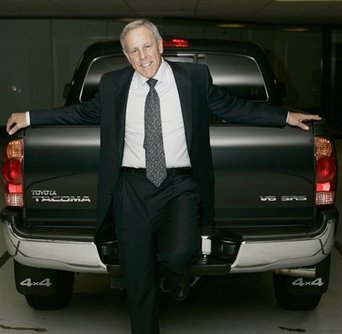 American manufacturer Chrysler declined to comment on recent reports saying the company's current CEO, Jim Press, will take his leave by the end of this year. Shawn Morgan, Chrysler's corporate communications chief, told just-auto.com today the company he represents will not comment "on rumor or speculation."

Jim Press is currently the company deputy CEO, a position created earlier this year to help Sergio Marchionne make the transition to the role of head of both Fiat and Chrysler. With Press' help, Marchionne set up a new executive team, reporting directly to him, with Press being the single "old guard from Chrysler" member.

The reports claiming Press will leave Chrysler entirely by the end of the year surfaced in The Detroit News newspaper. According to the report, Press will leave as a result of Marchionne's reorganization plans.

Press is the sole survivor of the three-men group in the old Chrysler, together with Robert Nardelli and Tom LaSorda. As Nardelli and LaSorda left the company following this year's bankruptcy, Jim Press was left behind as the man appointed to provide continuity and ensure the transition from the old to the new Chrysler. He was appointed in his current position by Marchionne himself, back in June.

Jim Press was brought on Chrysler's board by the company's former CEO, Robert Nardelli, in 2007, as the man to be in charge with North American sales, international sales, global marketing, product strategy, and service and parts.  Press previously worked for Toyota Motor Corporation (TMC) in 1970, managing to reach an executive position by the time he left.