3 Chrysler Brakes It Up With Cherry

4 Detroit 3 Are Being Put on Hold
Car video reviews:
Coverstory

Chrysler Idles Plants for One Month 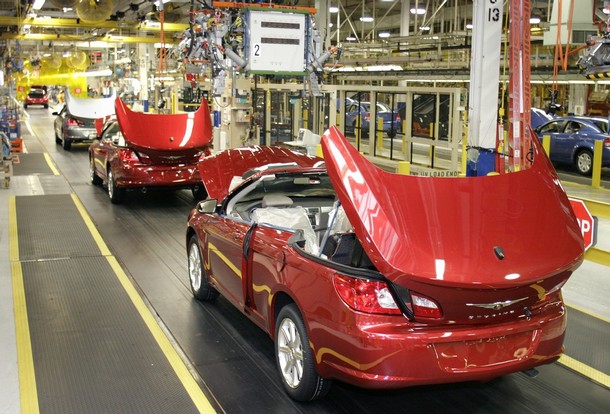 Chrysler continues its efforts to remain in the automotive industry with a new cost-cutting measure, this time related to its production plants all over the United States. The American company said in a statement released to the press that all manufacturing operations will be temporarily closed between December 19 and January 19, 2009 as part of its cost-cutting plans. The need for such a measure was generated by the lack of financing, Chrysler explained, which blocks interested buyers from acquiring cars.

More importantly, Chrysler says Americans are still interested in its models but it's impossible to complete the deal with no financing.

“Chrysler dealers confirmed to the Company at a recent meeting at its headquarters, that they have many willing buyers for Chrysler, Jeep and Dodge vehicles but are unable to close the deals, due to lack of financing. The dealers have stated that they have lost an estimated 20 to 25 percent of their volume because of this credit situation,” Chrysler explained.

Although it may sound a bit too harshly for Chrysler employees, Autoblog writes that all current GM plant workers will receive 95 percent of their salaries before Christmas.

Similar to other carmakers around the world who decided to counteract the financial crisis with cost-cutting measures, Chrysler claims the delayed production is a simple way to align its inventory with the United States market demand which gained a descending trend ever since mid-2009.

“Due to the continued lack of consumer credit for the American car buyer and the resulting dramatic impact it has had on overall industry sales in the United States, Chrysler LLC announced that it will make significant adjustments to the production schedules of its manufacturing operations,” it said.

Chrysler is still screaming forhelp from the United States government, with officials claiming that the company may run out of cash as soon as early 2009. The US Senate suspended negotiations last week but a final decision is expected in the next few days.