2 Obama: The Automotive Industry Must Be Preserved 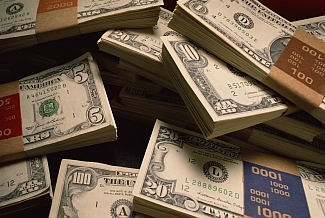 After American automaker Chrysler warned that it may decide to pull out of Canada unless it reduces labor costs by $19 per hour, everybody expected a final agreement to be reached last week. However, the two sides couldn't reach one and set a new deadline of Tuesday March 31 to take a final decision on the matter.

In short terms, Chrysler says it needs a $19 per-hour reduction in labor costs, while the Canadian Auto Workers (CAW) says a $7 per-hour drop would be enough. Nevertheless, there's still a lot to talk, the two sides said, so they will resume talks on Monday and even Tuesday, if needed.

Chrysler has also released a statement, saying that it expects to continue negotiations these days, emphasizing that reducing labor costs by $19 per-hour is a must in so difficult times. Here's the complete statement rolled out by Chrysler and attributed to Al Iacobelli, Chief Bargainer:

"We all recognize that we are in unprecedented times as it relates to the global economy and current financial crisis, which has a direct impact on the automotive industry. After several days of bargaining in good faith, Chrysler and the CAW have not reached an agreement that closes the competitive gap with other automobile manufacturers in Canada, to ensure Chrysler's immediate viability.

The Company has been very clear in its Canadian Government testimony and position with the CAW: we must 'close the competitive gap' of $19 an hour immediately, with a goal of not having to affect base wages and pensions; while contributing to Chrysler's viability with direct annual savings to the bottom-line in the current year, and each of the remaining years of the contract.

Although we made progress toward 'closing the gap', significant issues related to the existing 'pattern' remain on the table. These are not normal business circumstances and all Chrysler constituents have been asked to 'break pattern' – employees, retirees, dealers, suppliers and others. These requests have been made to all of our constituents, including the CAW, to ensure Chrysler's viability.

We continue to engage with the CAW to resolve these issues in a responsible manner."