5 Chrysler Brakes It Up With Cherry
Up Next 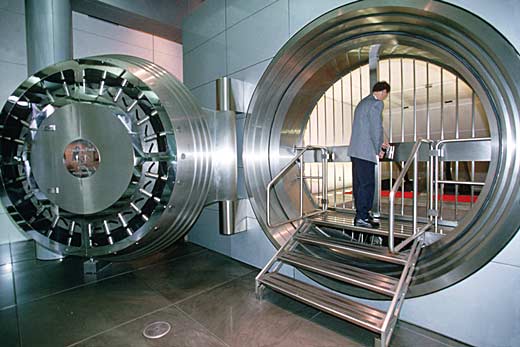 The short story so far: Chrysler invests in big-displacement engines and high-performance cars, especially addressed to the North American market. As the global recession raised demand for small-displacement engines capable of providing enhanced fuel economy and reduced CO2 emissions, Chrysler's sales took a descended trend, pushing the American carmaker close to bankruptcy. Who's fault it is? Chrysler says it's the lack of financing....

In a press statement rolled out today, Chysler says the lack of financing is the main responsible for the poor sales recorded by the company, explaining that there's still enough demand on the market to keep the brand alive. There's no financing to allow interested buyers to close the deals, Chrysler said in the statement, pointing that Jeep and Dodge are among the most popular vehicles in its lineup.

The company is even forced to idle its United States production facilities for one month, due to this so-called lack of financing, with all operations suspended between December 19 and January 19, 2009.

“Due to the continued lack of consumer credit for the American car buyer and the resulting dramatic impact it has had on overall industry sales in the United States, Chrysler LLC announced that it will make significant adjustments to the production schedules of its manufacturing operations,” Chrysler explained in the statement. “In doing so, the Company will keep production and dealer inventory aligned with U.S. market demand.”

Chrysler reported extremely low sales in October and November 2008, blaming the economic crisis and urging the United States government to approve a $25 billion loan that could help it stay in business. However, the US Senate has recently blocked the funds so there's still a lot of work to do in case Chrysler really desires the money...