5 The Origins of Streamline Design in Cars
Car video reviews:
Up Next

Chrysler tried to revolutionize the car industry by creating a unibody construction and bodywork streamlined and studied in a wind tunnel with the help of an aviation pioneer.

In its quest to create faster cars, Chrysler engineers realized that they needed an engine eight times more powerful to double the speed from 40 mph to 80 mph. However, it was not efficient, so they tried to find answers.

A team of three engineers, Carl Breer, Fred Zader, and Owen Skelton, tested various shapes and forms in a small wind tunnel. Orville Wright, the first man to take off with a self-propelled airplane, also helped them understand the ground rules of aerodynamics. Chrysler built the wind tunnel for them and, in 1930, they tested more than 50 scale model vehicles. Thus, they discovered that the air was not something to neglect. By sticking tapes to the scale models, they also started to understand where to re-shape them.

During the Great Depression, the automotive industry took a big hit, and the carmakers had to shrink their production. But the researches went on, and they ditched the car's chassis. It was a bold move that proved to be worthy. Removing the ladder-chassis and creating a structure from the bodywork made what we know today as the unibody construction. Thus, the overall construction was not only lighter but 40 percent more rigid.

Last but not least, the new construction allowed the engineers to install the engine in a forward position, above the front axle. Thus, there was more room inside the cabin, which made possible the translation of the seat forward. In addition, the rear passengers didn't have to sit on the axle, but between them. The result was the 1934 Chrysler Airflow.

Up until then, most cars featured squared-looking bodyworks. The era of flowing lines and curved surfaces was just at its beginning, and the customers had to adapt to the new forms. They asked for straight windshields and wide doors. Also, it was unusual for them to see the engine, or part of it, in front of the front axle.

Before Airflow's launch, the carmaker did a publicity stunt and made a Chrysler Imperial with the chassis reversed. Thus, when the car was driven, it appeared that it went backward. During their testings, the engineers noticed that the back of a vehicle is as important as the front. Behind the cabins, due to the flat vertical panel, the air formed turbulences that dragged the car behind and slowed it down. The three engineers noticed all these inside Chrysler's wind tunnel.

Chrysler made another bold move by throwing a car off a 110 ft (34 m) cliff in Pennsylvania to prove the cabin's safety. Despite visible damages, the car was able to drive. It had all the ingredients to be a highly successful vehicle. It had the engines, the fuel efficiency, and the streamlined bodywork. Chrysler launched it in 1934, but it was a bad time for the economy. With the Great Depression that melted the Americans' saving accounts, just a few could afford a new car. Still, the Airflow started to make sense as a revolutionary car. Among the achievements made by the Airflow, it also counts a 2000 mile (3216 km) record run in 24 hours at the Salt Flats of Bonneville. But it was far too advanced for those times.

People didn't want to buy a car that looked like a bar of soap with curved body panels and hide-away headlights. So they looked somewhere else on the market. While in 1934, the Airflow was the mainstream vehicle, just a year later, the customers turned their eyes onto a new vehicle with a classic-looking body: the 1935 Chevrolet Suburban.

Chrysler desperately tried to keep the Airflow alive, but it couldn't. Sadly, just three years after the model's introduction, the Airflow was quietly withdrawn from the market. It was far too advanced for those years. Worth mentioning that one version of the Airflow, with the CW body built by LeBaron, was the first car in history to feature a one-piece, curved windshield.

Even though the Airflow was not the first aerodynamic production car in the world (the Czech carmaker Tatra already had the 1933 model 77) or the first with a unibody construction (Lancia had that in 1923). It was an important step forward that led to the introduction of other streamlined cars, such as the Buick Y, which remained just a rolling concept car despite its beauty. 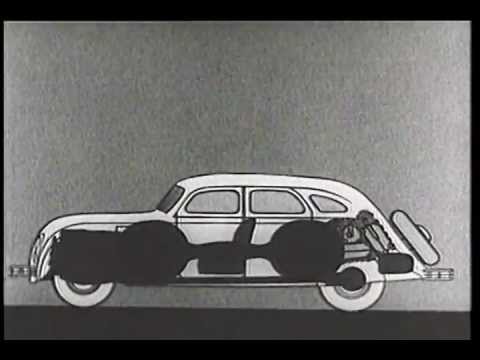 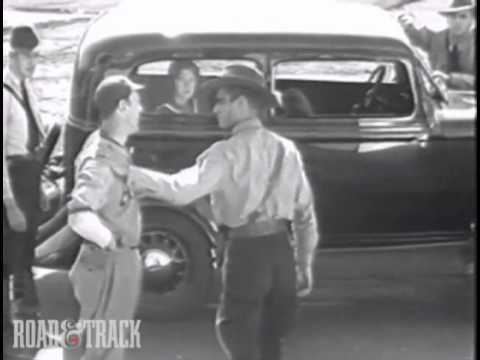