2 Koenigsegg Jesko Absolut Spotted "In The Wild", Looks Like 300 MPH

3 The Koenigsegg Regera Was Built For Sleeping

Theaters around the world are still in limbo because of the uncertainty surrounding the global health crisis, so we need alternative venues for our cinema fix. Ones that also feature the other side of our passion – cars - would be most welcomed. And with the summer in full swing, we clearly need a blockbuster, or two. Enter Koenigsegg Automotive AB, the well-known and respected manufacturer of hypercars, with its own – personalized – solution.
20 photos

This period has brought upon us all sorts of unwanted blights – but humanity has survived all hardships by adapting and extracting the best possible outcome even in the direst situations. As such, these times have become a marvelous occasion for introspection, self-improvement, and rediscovery.

A lot of good things will come out, we are sure – and Koenigsegg’s short film Time to Reign is just one of many examples. It is also a great one, combining our inherent passion for quality cinematographic experiences (after all, IMAX and 4DX venue bet with major success on that) with Koenigsegg’s well known ability for expertly crafting completely out of the ordinary machines.

It seems the company had ample spare time at hand, as the production is a completely in-house affair. One must wonder what else are they doing with their regular spare time, and how does a Koenigsegg family barbeque look like. Never mind that deviation – back to the subject at hand: Time to Reign is not going to take much of your lunch break at less than 12 minutes.

But it is time well spent – alongside Christian von Koenigsegg and his very own Regera. Both have some adventures just for the sake of having fun, but you can still see the innate desire to achieve the very best outcome no matter the conditions. Be it a visit to the local car wash (aka the front of the man's house) or an interesting call from someone who wants this Regera unit – the very last one produced by the team.

We do see the B-style movie qualities to this production – but remember this has all been done in-house and during spare time. And we are simply in love with the Easter-Egg reference to the Ghost Squadron. Not the one deployed in the short film – but the real one, Sweden’s Scania Air Force Wing (Skånska flygflottiljen in Swedish) F10, which decades ago inhabited Koenigsegg’s current Ängelholm headquarters. 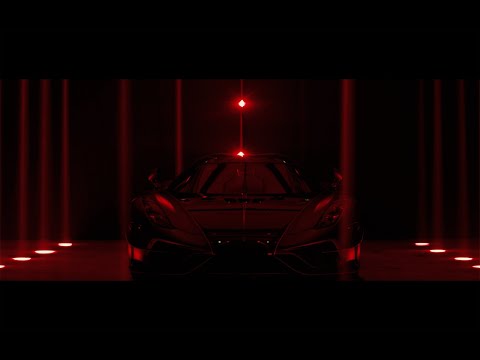