Gabriel Nica
We’ve grown so used to Chris Harris’ videos that we simply know that he’s going to drift the car he’s reviewing even before we start watching. It’s some sort of trademark for him to show entire minutes of cars drifting in slow motion.
1 photo
Now, after plenty of requests from the audience, Chris decided to make a brand new tutorial that teaches you how to drift your own rear-wheel drive car. We’re saying ‘new tutorial’ because he actually did another one back in the day, using his old BMW E39 M5. The fact that he chose another BMW for this one as well, is no surprise to us.

The car he had for quite some time now (for testing purposes, of course), a BMW M235i fitted with plenty of M Performance Parts, was used for this video. This one is a manual and has a limited-slip differential at the back, for more drifting madness.

So, in the video, Chris explains (quite clearly as well) what you have to do to drift. Of course, before anyone should attempt to perform anything seen in the clip below, they should make sure that they are doing it in a safe environment.

We can’t stress that enough. We’ve seen so many crashes due to drives that did this sort of thing on public roads that we simply can’t handle it anymore. Want to do a perfect drift? Take it to the track! Or, at least a parking lot, never a public road.

Now, getting back to the matter at hand, you should know that there are three stages you go through when you drift... We’d better let Chris explain all that, right? Enjoy! 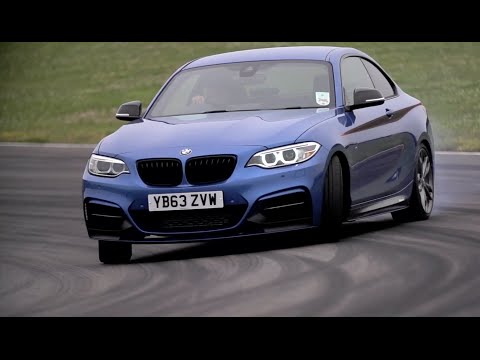