Chris Harris Is Conflicted About the 2018 Honda Civic Type R

We're fans of the new Honda Civic Type R; everybody is. But it's nice to see somebody like Chris Harris add in some criticism because it makes the good stuff seem more relevant.

Usually, when a new car comes out, everybody sees it through rose-tinted glasses. "It's way better than the old model," they all say. And there's no denying that the 2018 CTR is the supercar of front-wheel drive hot hatchbacks.

Unless we're mistaken, this review is a web special that Top Gear revealed on its website back in August. It's now on YouTube, which means we'll watch it again and this time share it with the rest of the world too.

The EP3 is also part of this review, the first part. If feels cheap, disposable and fun. The money has been spent only on the engine, suspension, and gearbox. Harris points out that a 23-year old graduate could borrow some money and buy one, which is more than what can be said about its modern counterpart.

We often talk about independent rear suspension being the way to go for cars, any cars. Harris is obsessed with the Type R finally returning to this setup. He says there's so much right with this car, but it's not perfect. Funny how it won Top Gear hot hatch of the year.

The review complains how the drive modes make the Civic too complicated. Obviously, the steering is electric, which means there's no feeling of what it's doing unless you're in the sportier setting. There's no individual driving mode, which means you're stuck with either no steering feel or stiff suspension.

There's also a contradiction between the styling and the price because it looks crazy enough to appeal only to those who don't have a driver's license. Does the dynamic advantage offset this? For some people, it apparently will. 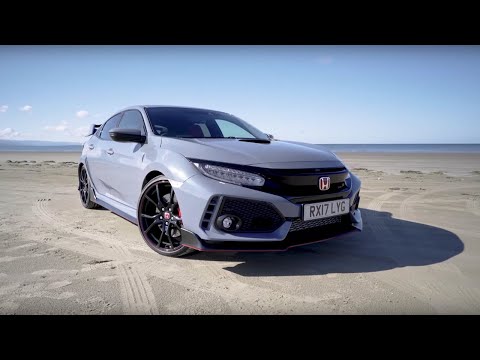