What is the car brand with the craziest, most extreme mods in the world? Dodge, Jeep... Ford maybe. Our vote would probably go to Russia's Lada after seeing this Niva low-rider.
8 photos

So as you guys might already know, it's not unusual for people to lower their cars. Normally, this is done through air suspension or coilovers. There are even more extreme cases where the whole body is modified around the stance, and the Lada falls into that category.

So in case you didn't know, the Niva is like this super-old 4x4 that's still made today. We don't want to call it a crossover because it's excellent at off-roading, nor is it an SUV because it's super-small. But it certainly doesn't ride this low either.

The Russian YouTube channel Iling Show put a huge amount of hours into making this car look like an optical illusion. It's almost like a glitch in a computer game or the heat playing with your eyes. But we assure you it's very real.

To make magic happen, the mechanics had chopped the lower part of the body, up to about the middle of the doors. A custom chassis was needed, and the wheels, motor, and other components now make their way out through the hood. A side exhaust cements this car in our heads as the Russian equivalent of a rat rod. The paint helps with that too.

The windows were also removed, and thankfully the Lada has a fabric top that the driver can poke his head through. We don't know much Russian, but judging by the reaction of the people in the parking lot, they haven't seen anything like this before either.

How long before the guy who makes this Lincoln Navigator looks at this and gets some crazy ideas? Anyway, if you don't think Ladas get the weirdest mods in the world, check out this steam-engined car. You don't see any of those at your local car gatherings. 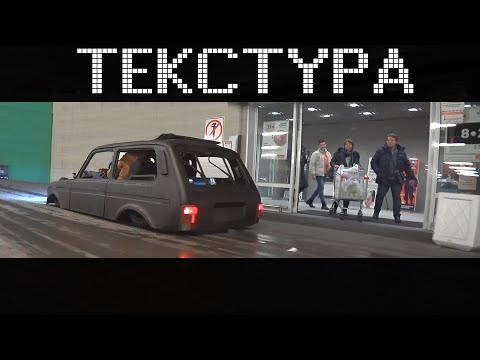