2 XPeng G9 Comes Out on September 21, Domestic Delivery Is Expected in the Following Month

Razvan Calin
The Chinese car company XPeng revealed what it claims to be the “world’s first fully electric vertical take-off and landing (eVTOL) flying car.” While the Asians are not the first to build an eVTOL, their design is radically different from the rest of these aircraft – it can be driven like a standard automobile, but it can also fly, with vertical take-off and landing capability.
32 photos

I can’t (yet) embed salt into the article but take the Chinese company’s press release (read it at the end of this story) with a pinch of sodium chloride. Because, despite its bold statements, the videos accompanying the official news are slightly less compelling. Please have a look at them below and judge for yourself.

I am not denying the engineering behind the prototype (internal code X3) that we see flying, but I don’t find the videos too convincing. The first one – a full-CGI cinematic – promises a fascinating means of transportation: a real-deal flying car, sporting the well-known body of an automobile with four extendable rotor booms on the roof.

When on the ground, the rotors are stowed in the space above the cabin – the car’s height is not disclosed. Neither are any other technical data, details, or intended specs, except one: the vehicle’s weight – 4,347 lbs. (1,936 kg). Again, it is unclear whether this reading includes a driver/pilot, but I would assume it’s just the eVTOL’s mass without any occupants, as no one is shown inside the car.

To become airborne, the X3 extends its four booms, each equipped with a pair of twin rotors, and lifts off. At least, according to the artistic video rendering, the test flight shows the car getting out of its garage/hangar with the four propeller-holding arms fully extended.

Nonetheless, the test displays a car-shaped body covered in graffiti-camo taking off and hovering at 15 feet (4.57 m) and then at 30 feet (9.14 m) in the air. More interesting, though, is the horizontal movement of the flying car. In what appears to be a remote-controlled set of maneuvers, the X3 lifts off, maintains altitude, then flies forward, stops, hovers, turns around, flies back, and lands.

No further details are available about the XPeng AeroHT X3 vehicle. Still, some are visible in the videos: the fold-away rotor assembly has eight propellers (each powered by its own electric motor). Judging from the body size and proportions, the car seems to be a four-passenger design. This is quite a step forward from other eVTOLs that currently feature one- or two-seat configurations.

The company mentions several features of its car in the press release, such as the “new flight control system equipped with fault-tolerant control functions and a dual-engine backup system to ensure safety.” Again, it’s unclear what that means in plain automotive/aircraft language. The Chinese restrict to saying their prototype “is comparable with any conventional cars in terms of functionality and measurement.”

However, one demo video – shot with a different aircraft, much more similar to a manned open-cockpit drone-style eVTOL – demonstrates how to control a flying car. The emphasis is on the “car” part, as the steering wheel wouldn’t make much sense in an air-bound vehicle. Have a look at it at the bottom of the article.

When driven, the X3 behaves – and is maneuvered – just like regular cars of the past 130 years: by turning the steering wheel. This is also used in pilot mode to turn the vehicle right or left. However, a supplementary “gear lever” controls the vehicle’s other aerial movements. Watch the last video to see how the X3 is meant to be steered, raised, and lowered.

To cite XPeng again, their X3 flying car is “subject to laws and regulations for the low-altitude airspace” (how low exactly, we’ll find out at an upcoming moment). Also, the aircraft can allegedly “fly over traffic congestion, obstacles, and rivers to meet a new host of short-distance mobility needs.”

While very discreet in technical aspects, the press release and its accompanying videos give us a glimpse of what the Chinese have in store for the future of personal transportation and mobility. 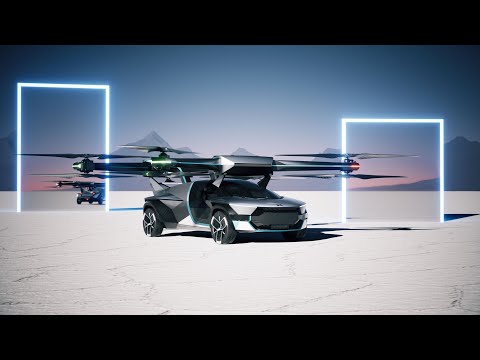 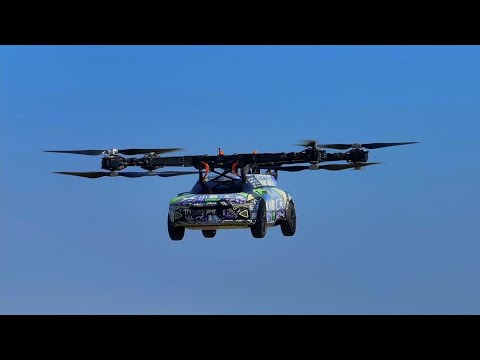