4 SLS Rocket All Locked Up Inside Now, It’ll Take Weeks to Get Out Again

Liquid fuels, 3D printing, and reusable launch vehicles are becoming common terms when it comes to commercial space launches. Several aerospace companies in the U.S. and in Europe have specialized in the development of reusable rockets and innovative engines, but a Chinese startup claims to be the first one in the country that has successfully tested this type of launch vehicle.
8 photos

Deep Blue Aerospace announced that it has successfully tested the Nebula-M1, the test version of its future Nebula-1 rocket. The test was conducted at its facility at Tongchuan, Shaanxi Province, where the small rocket reached an altitude of one kilometer (0.62 miles) after the vertical takeoff and then landed within less than 0.5 meters (1.6 feet) of the intended landing point.

The Nebula-M1 was powered by the Leiting-5 (“Thunder 5”) engine developed by the same startup. This is not only an electric-pump-fed kerosene-liquid oxygen engine but the first one in China to be manufactured using 3D printing, according to Pandaily.

Although Deep Blue Aerospace is not the only startup of its kind in China and not the only one that focuses on the technology of reusable launchers, it seems to be the first one to have completed a vertical takeoff and vertical landing (VTVL) for a reusable liquid-powered rocket.

Space News reports that this wasn’t the first test conducted by the Nebula-M1, which had successfully reached up to 100 meters (328 feet) in two previous tests. The next step will be to use a full-scale prototype to conduct VTVL tests of up to 10 km (6.2 miles) and then 100 km (62 miles). Still, there’s a long way to go for the Nebula-1 rocket. Its first orbital launch and recovery is set to be completed by 2024.

Located in Nantong, Jiangsu Province, Deep Blue Aerospace was founded at the end of 2016, and has several liquid engine development centers. Its goal is to provide more affordable and efficient means of accessing space. 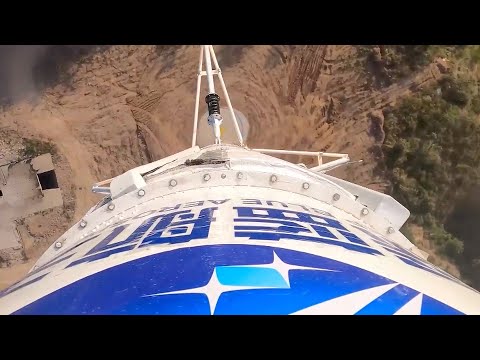