Chinese MINI Clone to Be Produced in Russia 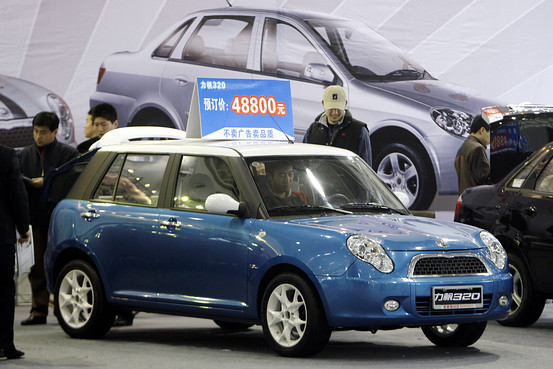 If you're an addicted car enthusiast, you probably know that Chinese car companies have their very own way to build new cars. Have you ever seen Asian guys at the auto shows around the world taking photos of whatever they notice on a certain car? Well, that's the way some of them mean when designing new cars, copying whatever they want and launching their slightly different models in China.

The problem is that some of them are now bringing those models in Europe, as it's the case of Chongqing Lifan Industry who intends to start production of the so-called Lifan 320 model in Russia next year. Production will be handled by a factory belonging to Derways that also manufactures the Lifan 520 and 620.

We'll try to stay away from harsh words about the five-door compact hatchback that looks a lot like a MINI, but producing such a model in Europe, MINI's home market, could pretty well be regarded as a sign of ignorance. And the problem is that models sold under the Lifan brand sell pretty well, with figures posted by Gasgoo.com pointing to sales of 4,890 units in the first nine months of the year.

As if that wasn't enough, Derways intends to boost production in the upcoming months and roll off the production lines a total of 14,000 vehicles by year end. Numbers are expected to continue the growth in 2011 to reach 32,000 units in the next 12 months.