1 Forza Horizon 5 Series 3 Update Is Here, Check Out All the New Cars

Chinese Cars Are Coming to Forza Horizon 5 in February

Cosmin Vasile
Following a successful launch in China, where it’s off to a strong start, Forza Horizon 5 developers announced plans to add some of the most popular Chinese cars into their game beginning next month. The timing chosen by Playground Games for the announcement is perfect since the Chinese New Year kicks off on February 1 and ends on February 11, so what better way to celebrate the event than with an entirely new set of cars.
6 photos

While no specific release dates have been unveiled, Playground Games revealed that four famous Chinese cars will be officially launched in Forza Horizon 5 in February. Here they are:


Interesting fact: the Wuling Hongguang S was the best-selling car in China not long ago, so it’s nice to see it being added to Forza Horizon 5, even if it’s not really built for racing.

One thing that it’s not clear yet is whether or not these cars will be available outside China, or they will remain exclusive to players in that region. Thankfully, these are not part of a new DLC, so Forza Horizon 5 players won’t have to purchase them with real money. Apparently, three of the cars listed will be available as playlist rewards, whereas the fourth will be a Car Pass vehicle.

Of course, the announcement raises one important question: why there aren’t too many Mexican cars in the game despite having Forza Horizon 5 location in Mexico? The fact that Forza Horizon 5 performed so well in China is probably the main reason Playground Games decided to start adding Chinese cars to their game.

That being said, it’s always nice when new content is being added to Forza Horizon 5, so even though the game lacks in some aspects, it remains one of the best racing games out there. 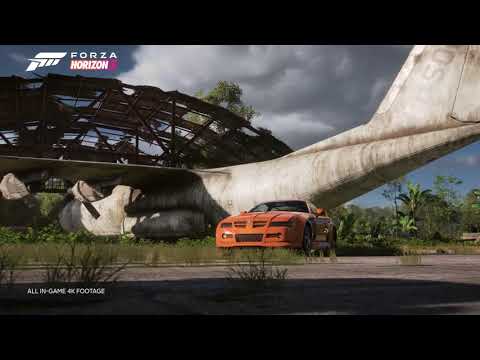