Home > News > Renderings
Mihnea Radu
Isn't it weird how Chevy still doesn't have an answer for the Raptor after all these years? And at the same time, the Camaro is also finding fewer fans. So, why not combine the bowtie muscle car with some trucking attitude?
3 photos

We think it's a good idea, especially when so many younger buyers are into both the Silverado and the Camaro. The idea of a muscle truck has been around for many years, and we've seen a steady flow of renderings where the two models mentioned above are combined into one car.

After running out of Teslas and old cars to render, YouTuber TheSketchMonkey has asked the viewers for ideas. And after the Viper+TRX combo, we have the "SilverMaro", the muscle car that's been to an all-you-can-eat buffet and refused to leave. Apparently, a lot of people asked for this very "American" combo.

As we've said, combining a muscle car and a truck is not a new idea. We've dubbed this genre of renderings "face swaps." But it's pretty rare to see this process in Photoshop and also have it narrated. Before you go thinking that you too could combine any too cars, just watch this video.

Perspective is a big issue with face swaps. You've got to make sure that all the corners and lines make sense in a 3D space. Also, matching two objects that were lit separately can be tricky, and the artist made the mistake of combining images of slightly different resolutions. But honestly, both the process and the outcome are very interesting.

Right now, it feels like chip shortages are GM's bigger problem, but the Silverado could slowly be losing its appeal. We're seeing so much interest in the TRX that people are buying regular Rebel because it looks similar.

Likewise, Ford is grabbing itself a nice slice of the market with the F-150 Lightning. That thing can do some pretty interesting things which no truck was able to before. And, of course, the Hummer EV and Cybertruck are just around the corner. So perhaps a ZL1 engine in the Silverado just isn't going to cut it. 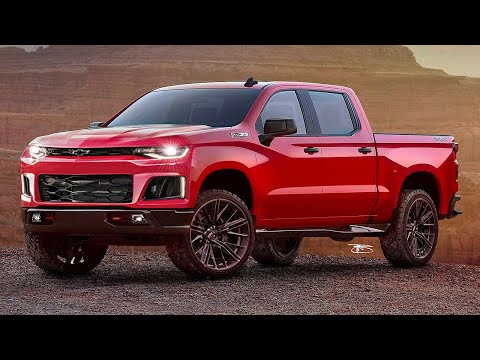