Chevrolet Wins TikTok With “My Truck” Music Video With Breland

Social media has come to replace some of the most conventional means of marketing, which is to be expected considering we’re all living online, more or less. Still, it’s not that often that you see a carmaker on TikTok.
10 photos

Chevrolet is on TikTok and it actually takes pride in being able to say it’s one of the few carmakers to have an account on the platform, which is mostly popular with Gen Z-ers. Zoomers are 25 years old, tops, so you see why they’re not exactly prime target audience for companies that make products in the several-tens-of-thousands range.

But Chevy thinks that there’s potential in advertising here. On this note, it partnered with singer Breland for an ad for the Silverado, which is actually a reworking of his 2020 hit “My Truck.” If you don’t know who Breland is, well, you’re old. He is a young country-trap hybrid artist who’s yet to release his debut album, but who became a smashing sensation with the release of the aforementioned single.

“My Truck” got an official video precisely one year ago and, on YouTube alone, it sits at nearly 40 million views. It’s a song about man’s love of his ever-reliable truck but, visually, it’s more or less an ad for Chevrolet, featuring several of them – including a fire-spitting one that Breland rides off into the sunset in. It only made sense for Chevy to take notice of it.

The reworked vision is tamer, slightly whiter and older. Without getting political, it means Chevy knows what that the real customer base of the Silverado is, despite the fact that it’s using TikTok for marketing now. After all, how many 20-something influencers rich enough to afford one do you think there are?

“Chevy is a brand that loves celebrating trucks and the people who own them,” Steven Majoros, vice president of Chevrolet Marketing, says in a statement. “Breland’s song, ‘My Truck’ is so exciting because it is a great representation of why truck customers love their vehicles – they offer a source of adventure, fun and capability. The reboot of ‘My Truck’ will definitely be a new anthem for Chevy Truck customers.”

Until it becomes an anthem for truck owners, it’s becoming the latest viral, with over 66 million views on the platform. A total win for Chevrolet.

Time to pickup and get down with #Silverado and @breland . #MyTruck 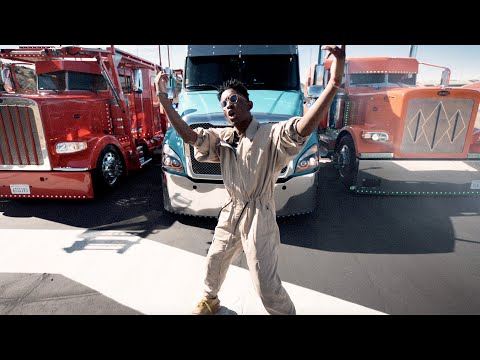