3 GM's Future to Revolve Around Camaro, Corvette and Volt

Chevrolet Volt Does Sixty in 8.5 Seconds 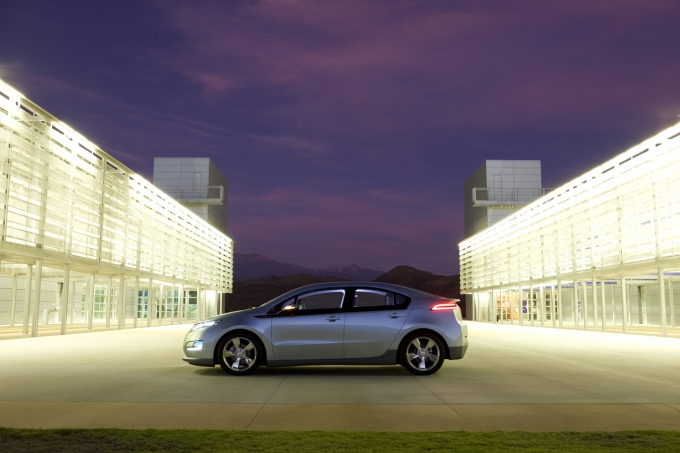 Despite the fact that Chevrolet Volt is one popular unlaunched model, only a little is actually known about the performance figures the plug-in hybrid is capable to achieve. In a webchat on a GM blog, Jon Lauckner, GM’s Vice President of Global Program Management, said the upcoming model will go from a naught to 60 mph in approximately 9 seconds, depending on how many people are in the car or luggage weight.

"0-60 will be approx 8.5-9 seconds depending on how many people are in the car, luggage, etc. But, thanks to the characteristics of electric motors (max torque at 1 RPM), the launch feel of the Volt is equivalent to a 250 hp V6 engine...and even capable of squawking the tires, which I've done," he said.

There's still no fixed date for the launch of the Volt as General Motors is still working on it, Lauckner said. Most of their efforts are directed towards cutting costs of several parts, including battery and electronic componenets.

"I'm not going to be specific about dates, but we will certainly look to make changes in the Volt to reduce cost as soon as they are available. Our biggest areas of interest are new developments that would reduce the cost of the battery pack, drive motor, power electronics and other systems that represent new technology in electric vehicles like the Volt, where the costs are very high in the beginning. We see the supply base for these technologies maturing rapidly," he explained.

Chevrolet Volt will be also sold in Europe, in spite of rumors that said the Volt will be aimed at markets outside the Old Continent, while Europe will get the Ampera. General Motors will sell both the Volt and the Ampera in Europe, with the latter projected to hit the streets in 2011.