2 Autoevolution Users Are Not Thrilled with Norway's Gas Ban 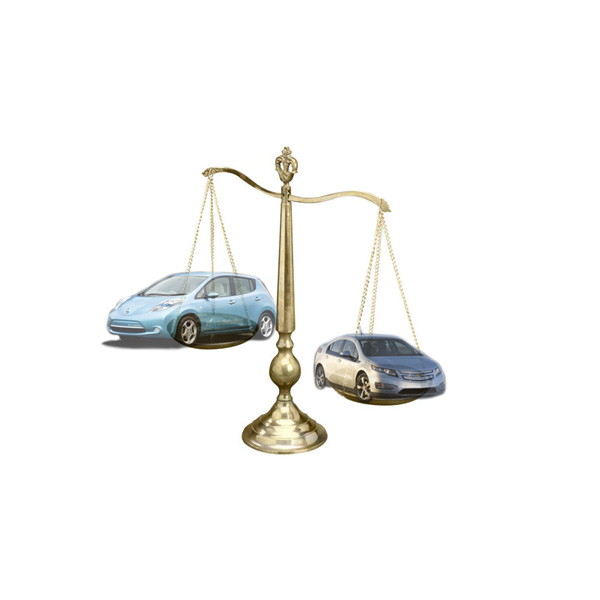 Let’s get eco, but not too eco. Our simple two-option poll has revealed that mankind is not exactly ready to go completely electrical, even if it has to pay less for it. Though not exactly a big difference in votes, it’s still a proof that it will take some more time before streets are filled with buzzing, tiny, more or less attractive four-wheeled contraptions.

But here we are talking nonsense and you might not even remember our poll. So, for those of you who haven’t been paying attention to our website, we asked some time ago which of the two cars, Chevrolet Volt and Nissan Leaf, you would choose.

The Volt has the advantage of having the range of a normal car - 300 miles (483 km) - out of which 40 miles (64 km) are on an electrical basis only. The Volt will have two operation modes: Electric and Extended-Range. In Electric operation mode the car is propelled by energy stored in the 16 kWh lithium-ion battery pack. When this energy is depleted the Extended-Range mode takes over and the car is powered by an engine-generator. While the Volt is eco friendlier than regular internal combustion cars, it will still have CO2 emissions when on a long trip. 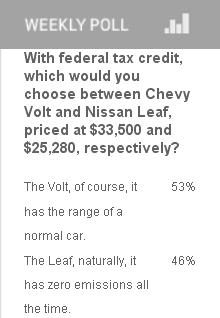 The Leaf, on the other hand, does not have the generous range - only 100 miles (160 km) in city driving - but it does have the advantage of emitting no pollutants. It is as clean as it gets, if you don’t take into account the way the electrical energy which was fed to the car was produced. Another advantage is that it’s cheaper than its American counterpart, $25,280 compared to $33,500.

These being said, our website’s users expressed their need for a more versatile vehicle as opposed to a completely eco friendly one by favoring the Chevy Volt. Admittedly, the difference is not that significant, only 7 percent, but it’s still a proof that drivers are not quite prepared to go fully electric even if it’s cheaper.

If you are a poll fan and want to express your opinion in any possible matter, be sure to check out our homepage (left side, after a bit of scrolling down) for the latest debate. Paul Teutul Jr., former OCC employee, has released his first bike designs. Do you think he'll succeed out there alone in the custom motorcycle world?