1 The ‘Transformed’ 2010 Chevy Camaro Now in Dealerships
Up Next 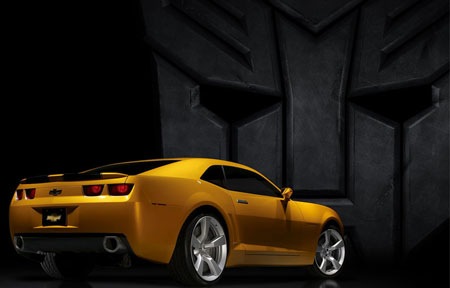 If you are a Transformers movie series fan and have a bursting passion for the 2010 Chevrolet Camaro, every dream you ever had of owning a Bumblebee just like the one from Transformers 2: Revenge of the Fallen can now be accomplished.

In a live broadcast with the dealers yesterday, General Motors made official all the speculations upon the launching of a 2010 Camaro Bumblebee Limited Edition, as related by Camaro 5.

Though the vehicle will be very faithful to the original concept from Michael Bay’s movie, keeping the black stripes, this version will be painted in the Rally Yellow color scheme, which is a bit brighter than the dark yellow used for Bumblebee’s paint job in the movie.

The Bumblebee limited edition will be available in LT and SS trims, and can be pre-ordered starting June 1. The production, scheduled to coincide with the release of the movie, will be running from June 24 until December.

The thought of not telling this special edition of the 2010 Camaro from the other models should not even cross your mind, as the Bumblebee will feature the Transformers badging on the wheel centers, as well on the sill plates and the embroidered console lid.

But enough about the interior. Maybe the Bumblebee won’t actually transform into an intergalactic robot, but you can still choose from the V6 engine developing 300 horsepower to the V8 with 426 horsepower. It will also feature an XM satellite radio, but the chances that your Bumblebee talks to you through it equal to zero.

Unfortunately, no pricing was announced yet, but this shouldn’t be holding you from ordering it. Since it’s probably going to be quite a long list, get ready to run to the dealerships on June 1, as soon as they open.