3 Danica Patrick Can Win If No One Else Races, Says Richard Petty

Ciprian Florea
GM's new rear-wheel drive performance sedan, the 2014 Chevrolet SS, caught fire out of the blue while on pace car duty in Saturday night's NASCAR Sprint Unlimited race in Daytona Beach.
1 photo
The Holden Commodore-based vehicle was leading the field before the final leg of the race when a fire started in its trunk, filling the cabin with smoke. Pace-car driver Brett Bodine and his co-pilot pulled over and got out of car before the fire crew arrived to put out the flames.

The 2014 NASCAR season-opener was won by Denny Hamlin, who led the race in his Joe Gibbs Racing Toyota for 27 laps. Second-place went to Penske's Brad Keselowski, while Kyle Busch finished in third. Joey Logano (Penske) and Kevin Harvick (Steward-Haas) completed the Top 5. 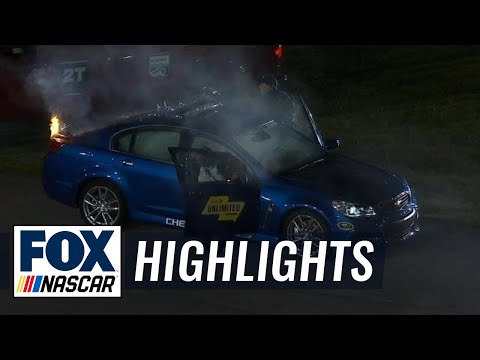