3 Chevy Volt to Recharge with Clean Solar Power
Up Next 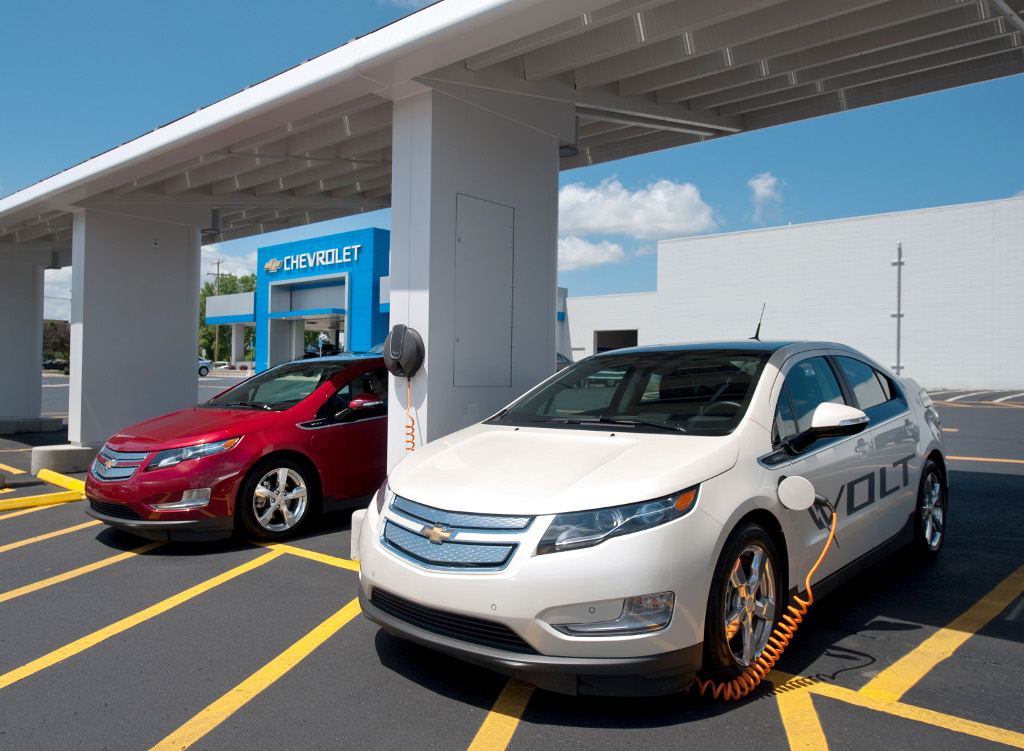 The question isn’t whether to install a solar canopy, it’s where and how many,” said Joe Serra, president of Serra Automotive. “It’s a win for us because the electricity generated will help reduce operating costs, and it’s a win for the environment since solar power helps reduce our carbon footprint.” 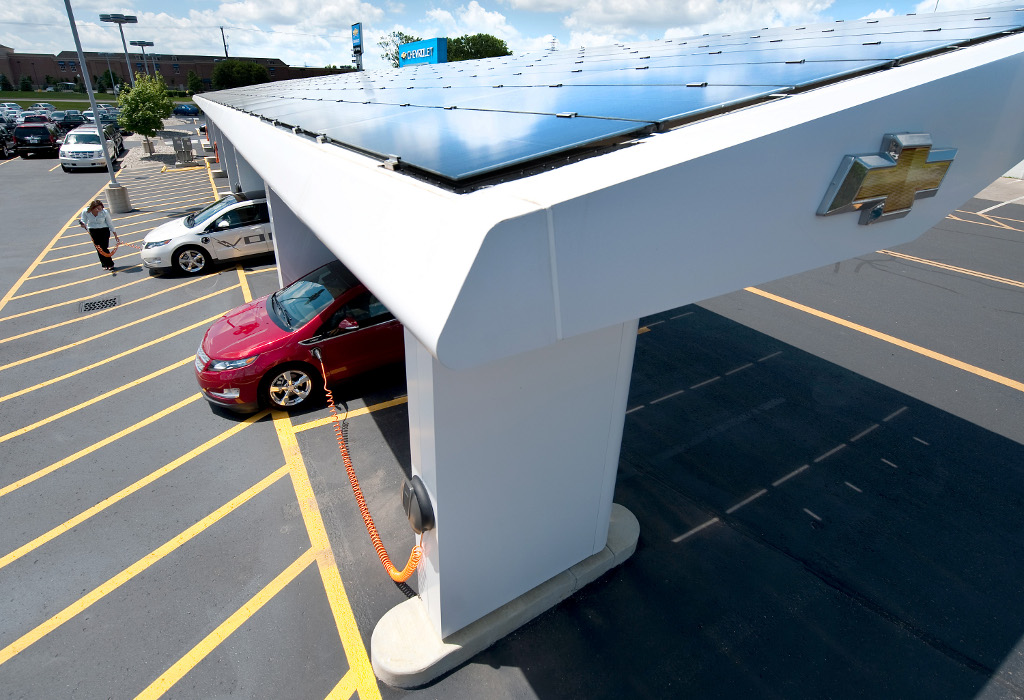 Each canopy generates enough electricity for up to 4,500 charges per vehicle annually. The proof of concept for the Green Zone project is housed at the Detroit Hamtramck assembly plant, manufacturing home of the Volt.

“Just one of these canopies provides enough renewable energy to power two to three homes per year, or more than 25 percent of a dealership’s energy consumption,” said Chris Perry, vice president, Global Chevrolet Marketing and Strategy. “Collectively, that will be a lot of power we are putting back into the grid.”

General Motors has three of the largest automotive rooftop solar power installations in the United States, and the world’s largest rooftop solar installation at its car assembly plant in Zaragoza, Spain. Additionally, GM has started construction on a new solar field at its Detroit-Hamtramck facility and completed construction on a solar array on top of its Baltimore Operations facility.