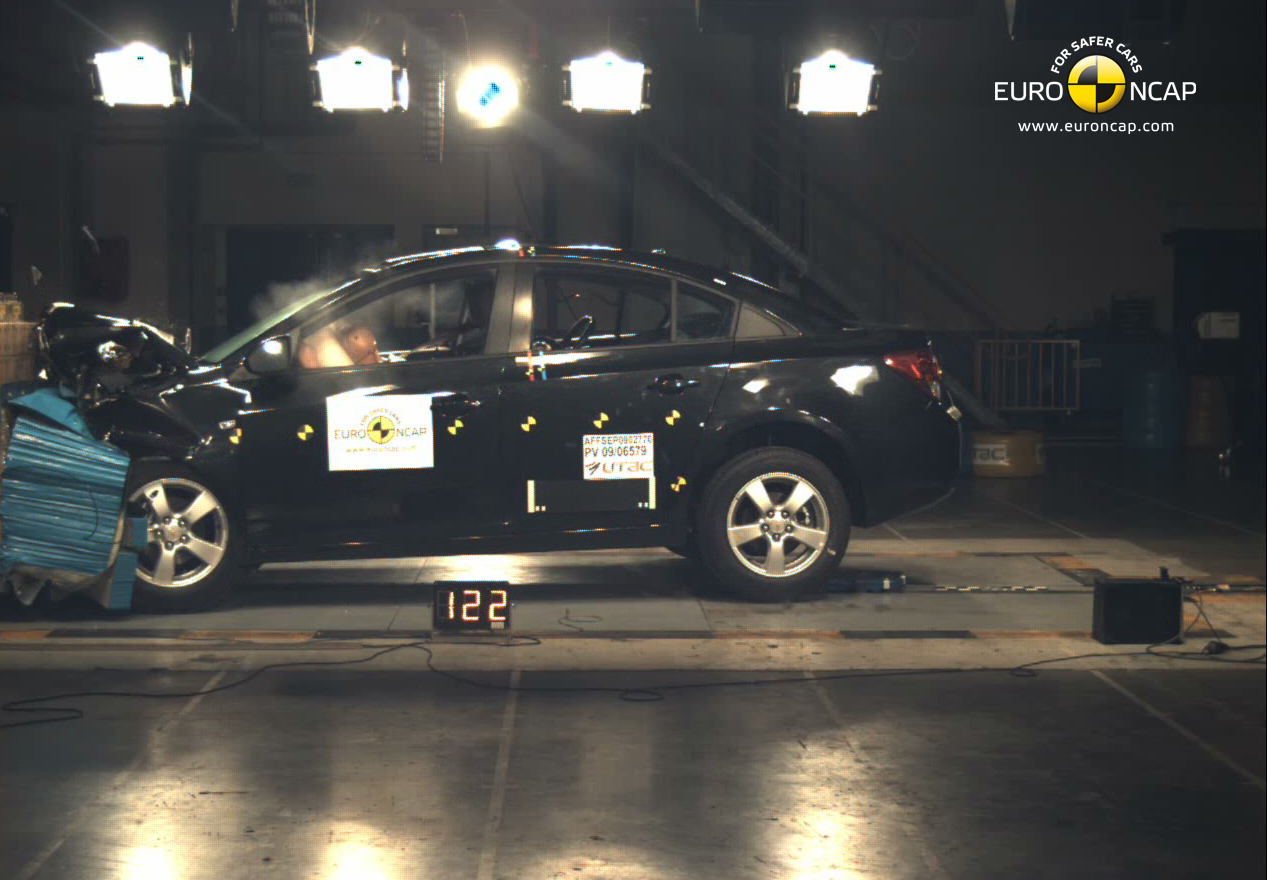 Chevrolet Cruze, a model that is already on sale in several markets in Europe and Asia, recently earned the maximum score in the European New Car Assessment Program (EuroNCAP). The Cruze scored 79 points of 100, which means it is one of the safest models in its class.

Nevertheless, the most important achievement is actually Cruze's results in frontal and side collision tests which, according to Chevrolet, represents the highest score in EuroNCAP's history. The Cruze received 16 points in frontal offset collision test and 8 points in the side impact crash test against a deformable barrier.

"In the more severe side pole test, only the chest did not score maximum points, although protection in that area was still considered adequate. Protection against whiplash injuries in a rear impact was also good," EuroNCAP explained in the test results.

The tested Cruze was equipped with driver frontal airbag and front passenger frontal airbag, plus ESC and seatbelt reminder for the driver and passenger seats, both of them available as standard across the range.

Chevrolet Cruze will also be introduced in the United States, with the first public display scheduled to take place at the LA Auto Show in December. The car will go on sale in the third quarter of 2010.

“With expected highway fuel economy up to 40 miles per gallon, Cruze will be extremely gas friendly while the Volt electric vehicle can be operated gas-free," Brent Dewar, Chevrolet vice president said in a release.

For the Chevrolet Cruze EuroNCAP results, follow this link.