1 Chery Gets Approval to Buy Volvo?

5 Geely Wants Volvo. Does Not! Does To!...
Car video reviews:
Up Next

Chery Admits It Wants Volvo, But Won't Fight for It 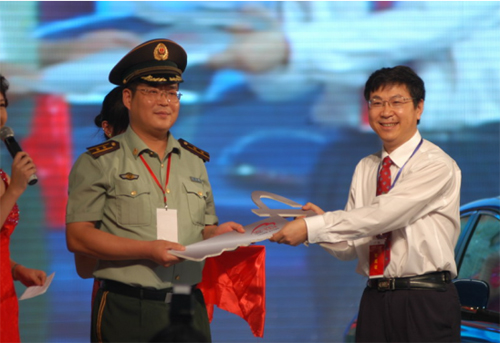 Chinese manufacturer Chery decided to stop our head from spinning and finally, following denial after denial, admitted it is interested in acquiring Ford's Volvo. But, as in anything related to the Chinese, there is a twist.

Yin Tongyao, Chery chairman said at a car launch in Wuhu, China, that his company will not get in a fight with sibling Chinese manufactures (Geely Automobile Holdings, Changan Automobile and Dongfeng Motor Group, the other parties said to have expressed interest) for the control of Volvo, Autonews reported.

"We may consider a takeover if no one- no other Chinese automakers- are interested. We won't fight for it," the chairman was quoted as saying by the aforementioned source.

The news about Chery's interest in Volvo surfaced in mid-February and since then there have been numerous reports about this "she wants me, she wants me not" story. The rumor turned into a blurry fact when reports said that China’s top economic planner approved Chery Automobile’s plan to buy the Swedish company.

What Chery's chairman said not only confirms, in an unclear way, the Chinese manufacturer's interest in Volvo, but also sheds some light on the other parties involved in this story.

Unless communism as we know it has changed and one industrial entity doesn't know what the others plan on doing, it is safe to assume that Tongyao's willingness to give up Volvo in favor of his competition is a signal that his company is not the only Chinese one interested in the Swedish car maker.

It may as well be that Chery is reacting to the Chinese government's intentions to encourage big domestic companies to take over the smaller companies instead of acquiring foreign struggling brands, as it plans to cut the number of total Chinese auto groups from about 100 to 10.

Where does the truth lie is anybody's guess. But by the time we make sense of it all, chances for a Chinese Volvo ownership may turn into reality.