4 2021 Ford Bronco Deliveries to Start in June, 2022MY Production in December

Aurel Niculescu
The reinvented 2021 Ford Bronco is not only one of the biggest novelties of the automotive world – at least as far as North America is concerned – but also one of the most elusive. Because of social media fame, though, some people are luckier than others. Still, at least on this occasion, the vlogger had to work a bit in order to spend some quality time with a pre-production prototype of the 2-Door Bronco variety.
26 photos

REVan Evan loves “horsepower in motion - cars, planes, trains and more,” according to his YouTube channel’s description, and this time around, he was able to spend get up close and personal with some of the latest releases belonging to the Blue Oval.

And we’re not just talking about the ones that freshly reached the dealer lot – such as the 2021 Ranger (most likely in Tremor specification) or the all-new Bronco Sport (an extensive video with the smaller sibling is also embedded below). Above all else, he also dealed with the elusive “Big” Bronco, which is still waiting to kick off series production and deliveries.

By the looks of it, Evan was attending an official Ford event of some sort so he used Ford Bronco brand manager Esteban Plaza-Jennings' help for the quick presentation of the 2-Door Bronco seen here. It’s a pre-production unit of the Black Diamond series, which is a mid-level offering that goes from $36,050 in 2-Door configuration, according to the official Build & Price online tool.

On this occasion, the Ford official also explained the vehicle had been dressed up in the Cyber Orange color to provide a contrast to the standard MIC (molded-in-color) hardtop and the Sasquatch elements. By the way, from the 2:15 mark, one can find out a little bit about the main differences between a truck-based Bronco SUV and the Ford C2-derived Bronco Sport, as Evan was curious to find out what makes each of them tick for a different customer base.

Before getting to the part we’re mostly interested in, the official also discusses a bit about the trims and packages (3:30), as well as his favorite element of the Bronco (hint – it has to do with the easy to wash interior of the Black Diamond and Badlands). From the 5:20 mark, we’re finally delving deep into the interesting process of disassembling the Bronco’s doors and MIC hardtop.

After all, this feature is a major part of the Bronco’s appeal and turns it into a direct competitor for the equally legendary Jeep Wrangler. As far as we can tell, taking off the door isn’t a complicated process, although the assembly does weigh quite a bit compared to the front elements of the MIC top. Also, the rear panel disassembly is also a bit of a hustle, and will probably need two persons for safe handling. 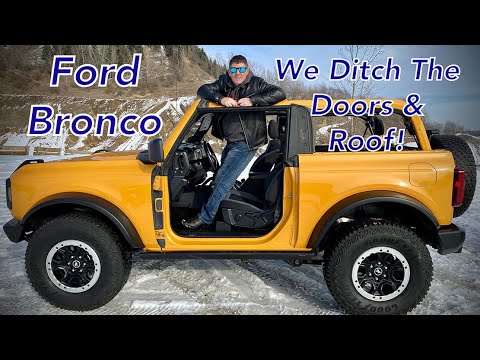 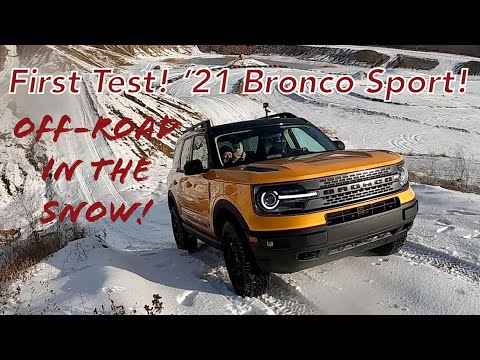