3 GM Is Coming for Tesla’s Autopilot With Ultra Cruise

Considering how long we've been pouring gas inside our vehicles' tanks, all this public charging thing is relatively new. So, expect some people to be rather clueless on how to do it properly.
1 photo
Like most things in life, you just need to apply common sense and you should be alright. Just think "would my mother approve of this, or would she shake her head with disappointment?" Just be honest with yourself about the answer and act accordingly. However, not all people can be bothered to care about others - or, who knows, some might just have overly indulgent mothers - so situations like the one you're about to see can happen.

It would be much more unlikely for someone to snatch the gasoline nozzle out of your hand just as you were about to start fueling and say "I'll use that now if you don't mind," because you WOULD mind. Things would quickly escalate, and you would have a physical confrontation on your hands. Besides, we've had so many years of practice that pretty much everyone knows what is and isn't OK to do at a gas station.

Charging an EV doesn't require the owner to sit by the vehicle throughout the entire process, which means the car is often left unattended. Manufacturers thought about the possibility of unwanted interfering, so they made the charger lock into the vehicle's port. Pull at it all you want, and nothing will happen.

Use an adapter, however, as the Tesla Model 3 in this clip did, and it's open season for whoever has no problem jumping in line - because that's essentially what happens when somebody removes the charger from another vehicle to plug it into theirs. Unfortunately for this Nissan LEAF driver, Teslas' Sentry mode (which records the feed from the numerous Autopilot cameras just like a CCTV system would) activates whenever somebody comes near the vehicle, so now her face and plate number (MKX 0081) have been made famous over the Internet.

Until some actual legislation regarding charging etiquette is put together, this is the worst that can happen to these people: naming (well, license plating, if you will) and shaming. Others, though, unplug EVs just for the sake of it. Hard to tell which is worse, though: those who just hate EVs, or those who own one themselves but don't have any sympathy for other owners. My vote goes for the latter. 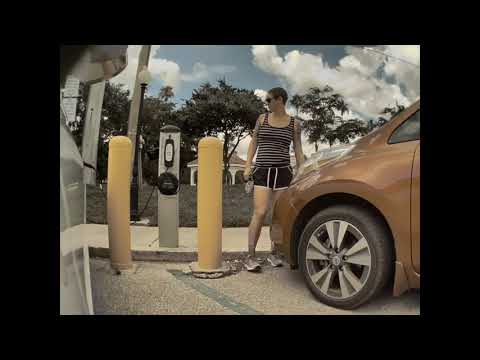