1 If Darth Vader Collected Cars, This One Would Probably Be on His A-List

Almost one year ago, when New York City was in full lockdown mode, millionaire racer and car collector Benjamin Chen did what a handful of other car enthusiasts did: he went out racing on the city’s empty streets.
4 photos

The result was a massive, six-vehicle car crash that Chen caused. You can see a video of the April 7, 2020 crash and the bonkers aftermath at the bottom of the page. The second video is a walkaround of the car after the crash, showing the full extent of the damage. Chen was arrested for reckless driving and driving under the influence of drugs and would spend the next hours in custody, sobering up.

On Monday, the case against him was dropped because there was not enough evidence to pursue it, Road And Track reports.

It all started at an intersection in Hell’s Kitchen, NYC. Chen was at the wheel of his heavily modified Porsche Carrera GT, the Gemballa Mirage GT, which he’d bought in 2014 and then further modified. Only 25 such examples exist—24 now, since Chen totaled his. He came speeding through the intersection and smashed into the back of a parked Toyota Sienna.

That was only the beginning. Chen sped away from the scene of the first crash, running several red lights and with parts flying off his wrecked car, and eventually lost control farther down the street. He hit four other parked vehicles before police got to him. Then he tried to flee the scene once more and was only prevented by the cops asking him to hand over the keys.

Police initially operated on the assumption that the Gemballa had been stolen. They would later confirm that the owner was driving it and that he had crashed into a total of five cars. Chen had broken curfew to race through the empty streets of NYC, under the influence of drugs, and had caused mayhem.

Despite all of the above and video evidence of the accident, Chen won’t be facing criminal charges. This is the explanation on record with the New York Criminal Court, as obtained by the media outlet: “The People are moving to dismiss this matter because the case cannot be proven beyond a reasonable doubt.”

Neither Chen nor his attorney was immediately available for comment. 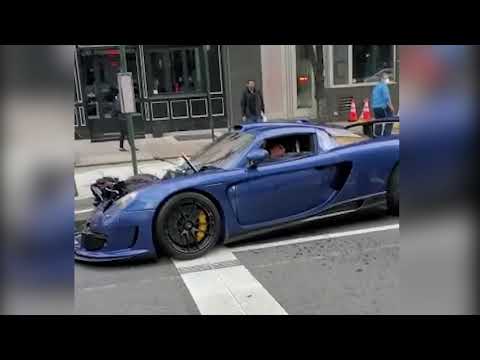 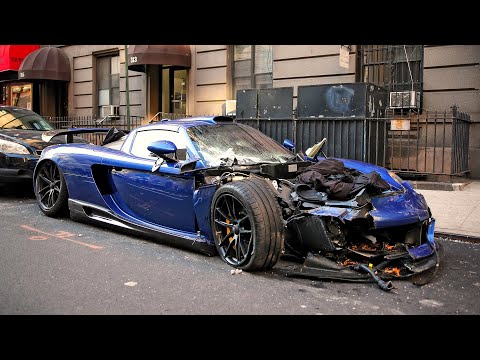