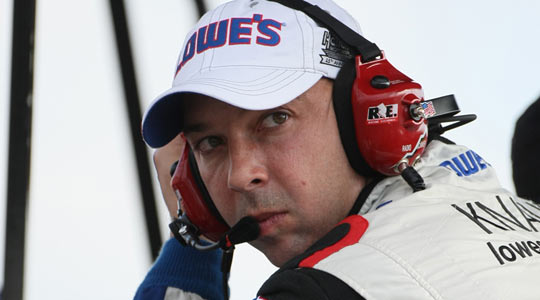 After in a seven years time frame crew chief Chad Knaus managed to steer Jimmie Johnson to four consecutive champion titles and no less than 47 victories, Rick Hendrick is ready to renew the contract the team has with Knaus for a period which can cover the next five years.

Knaus is currently working in the 48 team pit under the provisions of a contract extensions signed three year ago, an extension which is due by the end of next season.

"Chad and I are looking at other things to secure his future and investments. It's kind of a foregone conclusion between us that he's going to be here," Hendrick was quoted as saying by NASCAR. "We've got to get the paperwork done, but we still have a year-and-a-half left. So it's something we're doing. We try to get all our guys in place well ahead of when the contracts are up. So that's under way."

Knaus agrees with Hendrick and expects to continue working with Johnson in the years to come, even if, in his own words, "you never know what will happen." Knaus is expected to continue with Hendrick even when his crew chief days are over.

"But down the road when he's tired of being a crew chief, he can make a big impact on the whole company. He's already doing that. But for the foreseeable future, I'd say for the next five years, and if he gets tired in three, we'll do something else. But he tells me that he wants to do this, and the number he gave me was another five years."