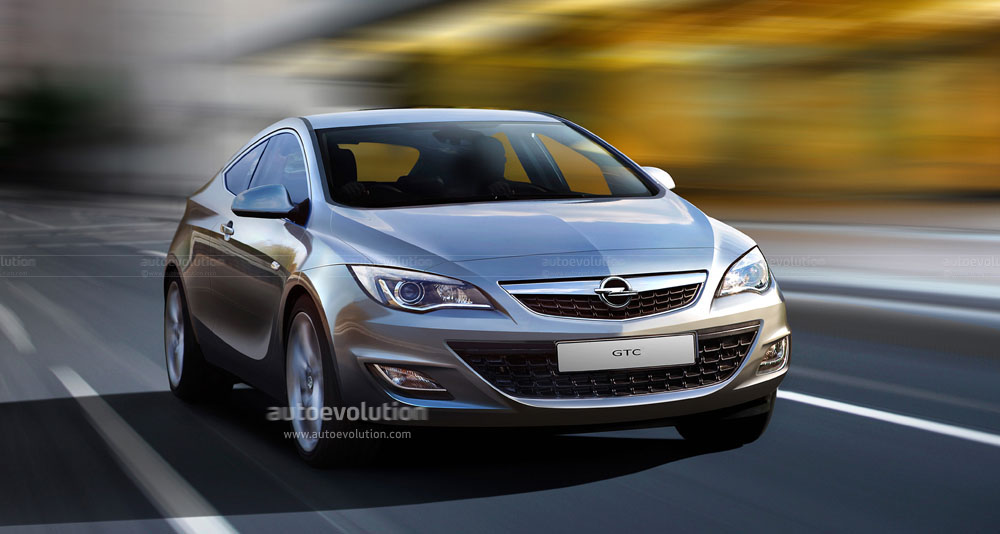 Opel will launch the new Astra in a few weeks and people are already wondering how the Coupe version is going to look like. Well, here are two computer-generated images (CGIs) supposed to give us a glimpse of the future model's design.

Obviously, it's way too early to talk about technical specifications but, as you can see in the adjacent photos, the future Astra Coupe will boast a more aerodynamic body, with several upgraded parts, especially tweaked for higher performance. The front fascia for example comes with a new front bumper with large air intakes for cooling a potential high-performance engine.

The front grille is similar to the one we've seen on the new Astra, but the headlights are slightly revised and extended towards the A pillar. The fog lights are redesigned as well, contributing to the overall aggressive stance on the road. At the rear, the car follows the same sporty design, with revised front bumper and extended taillights.

Overall, the 2-door architecture makes the car a lot sportier than the new stock version of the Astra. Large alloy wheels and high-performance tires might be also offered on the top-of-the-range GTC and OPC versions.

As said, there are no performance details at this point but the Coupe will most likely rely on the same engines as the standard 5-door version, with some of the powerplants specifically optimized for low fuel consumption and reduced emissions. High-performance engines are expected as well, especially for the top versions we told you above.