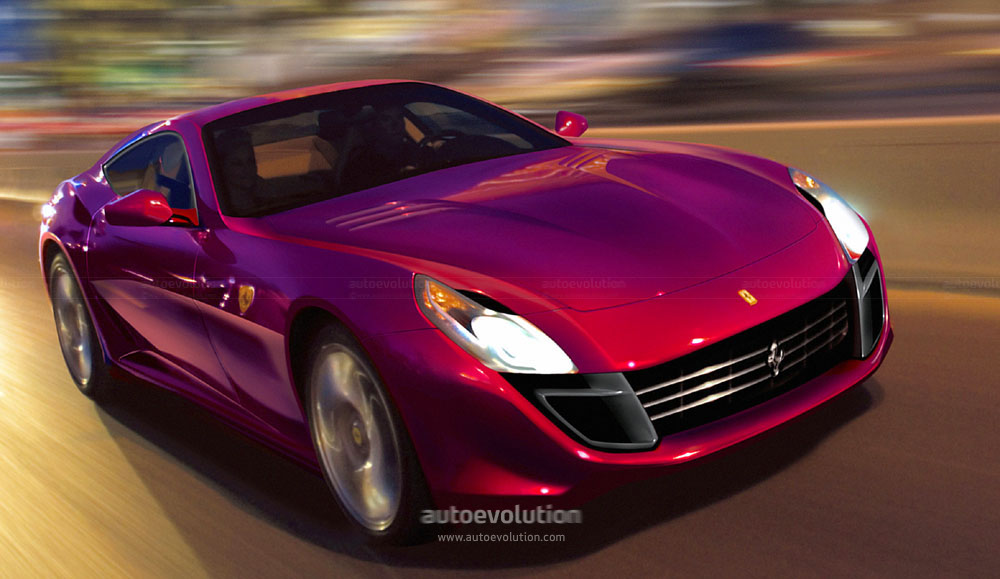 Not one, not two, but three versions of the future Ferrari are said to be under works at the Maranello design and engineering center. The three models, which will replace the current 612 Scaglietti, the 599 GTB and the Enzo, will arrive in sequence, with the first one, to replace the 612, rumored to come as late as 2012.

Compared to the current Scaglietti, the new version is said to pack a new powerplant, which is more fuel efficient and less pollutant. Fortunately, the same V12 configuration is likely to be used. Output figures are said to be about the same as the ones provided by today's 5.7l V12: 540 hp - with some saying an extra 50-60 hp pushing the troop to a total of 600 on the new Scaglietti. Rumors also point to the possible use of a hybrid system...

From the visual standpoint, the Scaglietti features a lot of styling modifications, although the major design cues remain the same. The front grille features

larger lateral air intakes,, while the headlights now extend upper towards the windshield of the car.

Seen from the side, the Scaglietti may get an air scoop into its body, as well as some new additional lines on the wings and doors. The back end of the car might get a more rounded-off shape.

Another novelty about the new Scaglietti is that it may be a bit larger than the current generation, with a longer front end and an increased wheelbase.

Further details are expected to surface as time passes. Remember, the released date is expected in 2012, so...