1 Soldiers to Have Implants That Release Melatonin, Peptide Therapies on Demand

2 Goodbye Canteens, Soldiers to Be Soon Able to Make Water Out of Thin Air

4 Royal Marines Say Jetpacks Are Not Ready for the Battlefield

5 Royal Marines Take to the Sky With Their New Jetpacks, Board Ships
Car video reviews:
Up Next

In several places around this world, under the watchful eye of an organization called DARPA, people are working on creating robots that can operate underground, performing whatever task their human masters have in mind. If that wasn’t scary enough in itself, one of the teams working on this calls its project CERBERUS.
1 photo
You see, Cerberus is the name, in Greek mythology, of a dog with multiple heads that guards the doors to Hell. Guards as in it may allow people in, but most certainly won’t allow people out.

Now, in the case of these robots, we’re told the name is just an abbreviation of something that has nothing to do with dogs and hell. CERBERUS stands for CollaborativE walking & flying RoBots for autonomous ExploRation in Underground Settings – and now we know the team behind this project really wanted this name to happen.

Speaking of the team, CERBERUS is the result of a collaboration between the University of Nevada, ETH Zurich, Sierra Nevada Corporation, the University of California, and Flyability. It is one of the eight projects to have been admitted in the final phase of the SubT Challenge (Subterranean Challenge).

SubT aims to be the starting point of a new generation of robots that could be used in underground environments, either for military or civilian purposes.

The CERBERUS approach calls for robots to team up to perform their tasks. There should be a walking robot for work at ground level, and a flying one that could monitor things from above. Both should be packed with sensors that would allow them to map their way underground in search of whatever they are sent there to find.

CERBERUS is still in its development stages, but the team will have to have it ready by September, when it will be called upon to prove its advantages over what the other teams have to offer at the Louisville Mega Cavern. There, CERBERUS will have to look for and find planted backpacks, cell phones, and even trapped survivors. 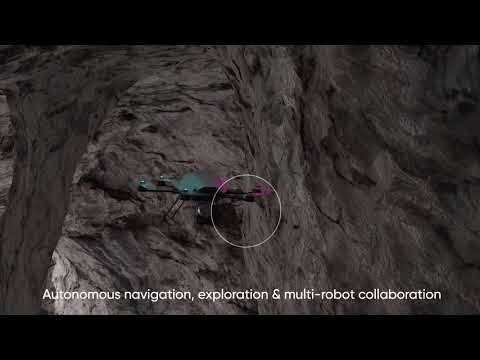