Opel And Vauxhall Confirmed To Use Groupe PSA Platforms From 2024

A donut eating record? I think we'd all be up for that, provided there was enough water at the end to wash all that sweetness away and a straight jacket to keep us from doing anything stupid during the sugar rush that would follow.
7 photos

A donut making record? What could be more boring than that? You sprinkle the yeast over warm water, let stand for 5 minutes, mix flour, milk and some eggs, and then deep-fry the dough in hot oil. It's not rocket science - any grandmother can do it.

Wait, you were talking about another kind of donuts? Oh, great, thanks for stopping me in time and not allowing me to make a fool out of myself. Yes, that would explain how watching somebody do that kind of dounts wouldn't be such a bore.

Caterham is celebrating 60 years since its first Seven model, so it decided to mark the occasion by setting a new world record. It hasn't been validated by the Guinness World Records from what we can understand, so feel free to attempt to beat it if you like - and make sure to send us a video as well.

The idea was to take a Caterham Seven - one of the best vehicles for this task given the excellent view you get of the inside front wheel and the donut hole represented by that cone - and see how many donuts it could perform during 60 seconds.

Behind the wheel of the British sports car is legendary athlete Sir Chris Hoy. Chris is a former six-times Olympic cycling champion - the bit that got him the knighthood - and is now filling his time by acting as a racing driver. Among other things, he took part in last year's 24 Hours Le Mans endurance competition.

His weapon of choice for the feat was the Caterham Seven 620R, the most powerful road car built by the British outlet. Considering it only had to spin around that 314 hp was a bit of an overkill, but we're not going to complain.

You can see his full attempt as well as a more cinematic presentation of the event at the Donington Park below. Just don't hold it against it if you'll suddenly feel the urge to grab a few donuts. Whichever kind you prefer. 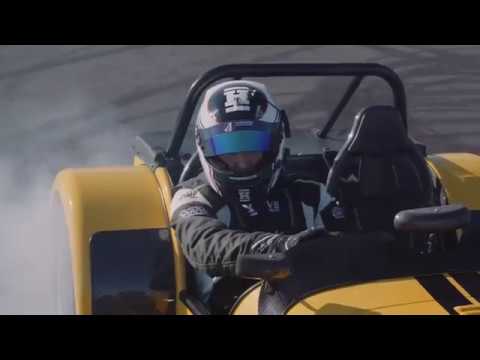 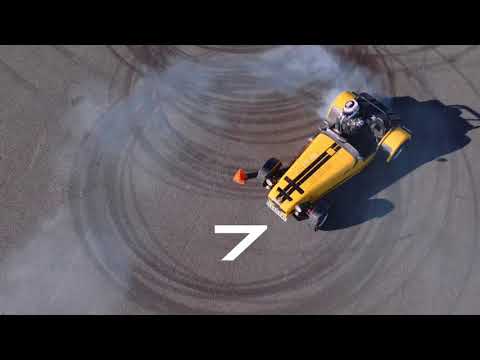