1 The Caterham Seven Sprint Was Sold Out In Seven Days

4 Aston Martin Opens Mini-Dealership in Harrods
Up Next

The special edition of the Caterham Seven is available exclusively in the establishment, and it comes with many features that are only offered to those that apply to the Signature program.

The collaboration between the two brands was made because both are British icons, so their leaders felt the partnership is more than suited. The Caterham Seven Harrods Special Edition costs 59,999 GBP, and it is based on the 420S version of the Seven.

Evidently, the British brand chose its signature shade of green, Harrods Green, for the paint of the Signature model. Its exterior also comes with a white stripe and a gold pinstripe. The changes have not ended here, as the chassis has been powder-coated gold, which is not something you see every day.

On the inside, the two occupants of the Caterham Seven Signature Harrods Special Edition will enjoy the butterscotch leather upholstery, which also reflects the department store’s signature color scheme. The seat backs bear the name of the London store, while the wood gear knob bears the “H” of the Harrods name.

The British automaker has not gone into specifics regarding the items that can be ordered, but it promises that clients can select “an almost infinite list of combinations.”

These include stitching the customer’s name into the seat, and usually go along the lines of bespoke exterior colors and interior trim options.

David Ridley, the Chief Commercial Officer of Caterham, has explained that the Seven has always been one of the easiest cars to customize, since every unit is hand-built to order.

Furthermore, he reminded everyone that the Seven is not a car that you “need to buy, but is a car that is purchased because you want it.” Because of that reason, Caterham feels that every customer should customize their Seven according to personal preference. 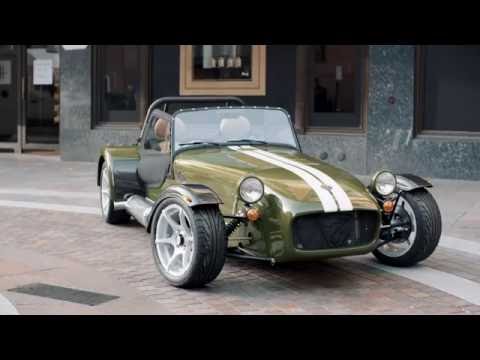