1 Carlsson CK63 Is Just a Mercedes in Disguise 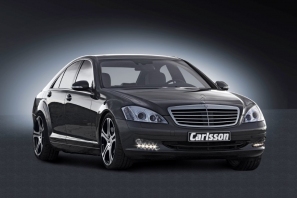 German tuner Carlsson announced it has released a new set of headlamps for the Mercedes Benz S-Klasse. The new module will feature Daytime Running Lights (DRL) and fog lights and will be called the Carlsson LED Daylight.

The Carlsson LED Daylight will also offer the car the facelift look of the recently introduced 2009 model upgrading. As expected from the German car tuner, the modules will benefit from TUV homologation and 36 months 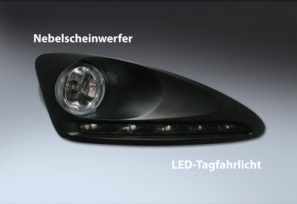 warranty, completely with all necessary attachments and fitting components. The module supports simultaneous operation of the LED position lights with the low beam or high beam lights.

The Carlsson Daylight module complies with all specifications of the ECE R87 regulations for the retrofitting of daytime running lights.

The daytime running lights are becoming more and more popular with car manufacturers due their potential safety effect as they have a great role in increasing the car's visibility. However conclusive research studies to back this hypothesis are yet to make their appearance.

Knowing that operation of daytime running lights, even at reduced intensity, requires more fuel to be burned, international regulators are still working to reach a balance between their potential safety benefit and increased fuel consumption. This hasn't stop though most manufacturers from providing this type of lights for thei 2009 model year vehicles.