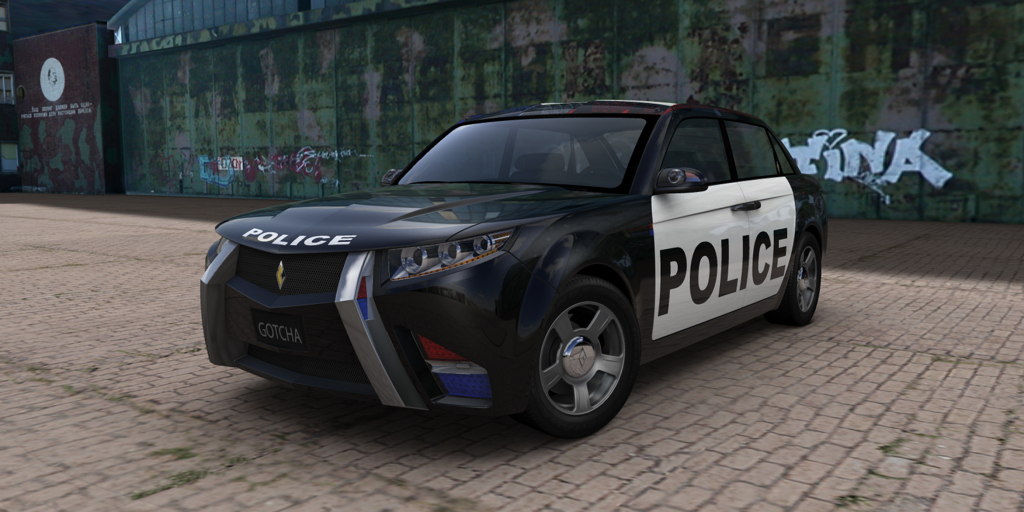 US law-enforcement is to receive a trusty armored-wheeled sidekick as car-manufacturer Carbon Motors has recently announced their purpose-built E7 model. Despite the conditions under which such specially-tailored cars usually operate, augments are kept at a minimum with specialized makers converting passenger cars for police use.

With the cars undergoing only required NHTSA tests prior to the conversion, they are less likely to hold on to the same safety levels as before. Statistically, a constantly increasing number of officers get injured yearly during operations because of poor vehicle protection and car-to-car fire exchange. As CarbonMotors puts it, police-operational vehicles haven't yet been designed to the required standards.

The E7 cleverly responds to the silent distress call, rolling as one-of-a-kind police-car and heralding a new generation of to-serve-and-protect-inscribed wheelers. Thanks to some of the company's employees' law-enforcement-past, the car has been cut to meet daily demands, having a fairly large, bulky body sitting atop a rugged platform fitted with a turbocharged 3.0 L Diesel unit rated at 300 hp.

The classic cop-car lights have been flattened and extended in a red-blue U-pattern around the roof while conventional styling has been hammered and torched into a modern, bloodhound look. Having been specifically built to both protect and aid law-enforcers in possible confrontations, the car has also been lightly armored while the front end received a pair of stylish ram-bars for  knocking stuff out of the way with ease.

The company is currently organizing a promotion-tour around the states which will take the vehicle from coast to coast. The launch of the E7 marks a world premiere with police cars being close to falling into the utility-vehicle category. The release is likely to have an impact on both civilians and law enforcers as it seemingly meets the citizen's need for increased protection with the force's interest in a better car.