Home > News > Custom Cars
Aurel Niculescu
The German sports car and SUV maker knows how to stay in line with the times – even though most of its history is intrinsically linked to a classic, traditional vision (of 911 greatness).
9 photos

But Porsche has cleverly shown it knows how to stay ahead of the current on various occasions. Such as that one time during the early 2000s when it sent diehard Boxster and 911 sports car fans running amok crying their outrage at the sight of the Cayenne mid-size luxury crossover SUV. Or when it decided that indeed Tesla is an EV force to be reckoned with and kicked off the development program for the battery-powered Taycan saloon and Shooting Brake.

During present times, our dedicated spy photographer partners have already brought Porsche Taycan fans the great news that Tesla’s Model S Plaid will soon be met with a measured response – as the 2024MY version was spied on during winter testing, allegedly harnessing no less than 1,000 feisty EV ponies. But, of course, we will have to wait until Porsche owners will send their Taycans down the quarter mile in hopes of dragstrip-shaming their American-born Plaid ‘enemies.’

Until then only a battle of wits and beauty is possible – of course with a little help from the imaginative realm of the aftermarket world. So, here are the good folks over at Hollywood, California-based RDB LA, who have another YouTube vlog episode out and about, and we really need to be quick to address the not-so-subtle Taycan presentation. Oh, and do remember – this is an EV of the Turbo variety, so we are dealing with the 671-hp peak/510-hp continuous (627 lb-ft or 850 Nm) and 93.4 kWh (83.7 net) battery pack version, not a ‘shabby’ Taycan 4/4S or GTS variant.

Anyway, the YT reel is not the only source of mesmerizing details, as the Taycan Turbo also got its chance at Instagram stardom, of course. All in all, not a bad Porsche customization and personalization project, which comes complete with a full Satin Black Clear Bra, a Techart carbon fiber aerodynamic kit, plus some not-so-stealthy dual-tone chrome-golden RDB Wheels. By the way, if anyone wants to continue the ‘flying under the radar’ Porsche discussion, I suggest moving along to the Wheels Boutique reel where a couple of 911s were recently flaunted.

Self-described as the “largest dealer for the world’s top brands,” Miami, Florida-based Wheels Boutique is deeply passionate about 992-series transformations. As such, the blue Porsche 911 Turbo S is sporting a full 9|Design Carbon Aero Package and rides quite blue and posh on polished ANRKY Wheels RETROSeries two-piece RS5.2 wheels, which were also finished with an Inozetek Super Gloss Metallic Midnight Blue vinyl to befit the morphing. Plus, a recent Satin Black 911 GT3 got an iPE Exhaust & Wheels package consisting of a full titanium exhaust and blue magnesium wheels! 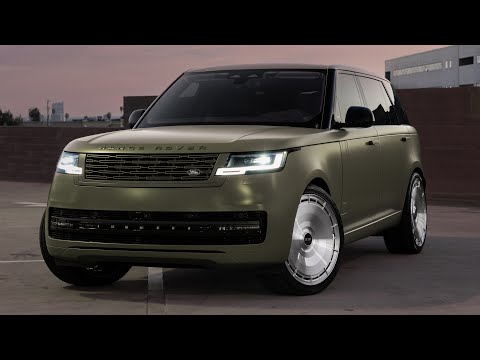