Winnebago Unveils World's First Electric RV From a Specialized Company, It's a Concept

Long before the Ford Motor Company rolled out the insanely popular Model T, a gentleman by the name of Henry Ford was aware that battery-electric vehicles could pose a threat to combustion-engined automobiles.
8 photos

Speaking to The New York Times in January 1914, the gentleman some people refer to as Crazy Henry declared that Ford intends to launch a low-cost EV within a year with a lil’ much-needed help from Thomas Edison.

Produced in England rather than stateside, the all-electric minicar was proven to 37 miles (60 kilometers) of range and 37 mph (60 kph). But as you already know by now, the first series-production EV launched by the Ford Motor Company is the Ranger EV that ran from 1997 through 2002.

The Ford TH!NK microcar also deserves an honorable mention even though it was a massive commercial flop. The Focus Electric followed in 2011 for MY 2012, but it wasn’t exactly desirable. Not only did it receive a puny driving range, but Ford somehow failed to understand that SUVs were in demand.

Based on a modified C2 platform (think Escape, Bronco Sport, and Maverick), the Mustang Mach-E is the best series-production EV of the Ford Motor Company thus far. David Long, a.k.a. the Car Wizard of Omega Auto Clinic, had the opportunity of checking one up close and personal.

The world-famous mechanic highlights that EVs are much easier to service and maintain compared to combustion-engined vehicles, but nevertheless, there are many things you should consider before putting down a deposit.

Tesla, for instance, has a thing for subpar build quality. As for the Mach-E, can you believe it’s been recalled four times already? Although the powertrain is much simpler compared to the two-door Mustang that actually deserves the pony badge, be warned that EV repair bills can get ridiculously expensive. 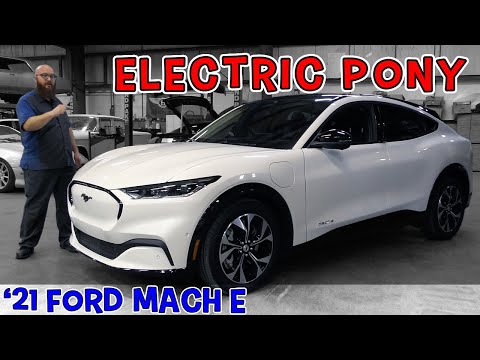