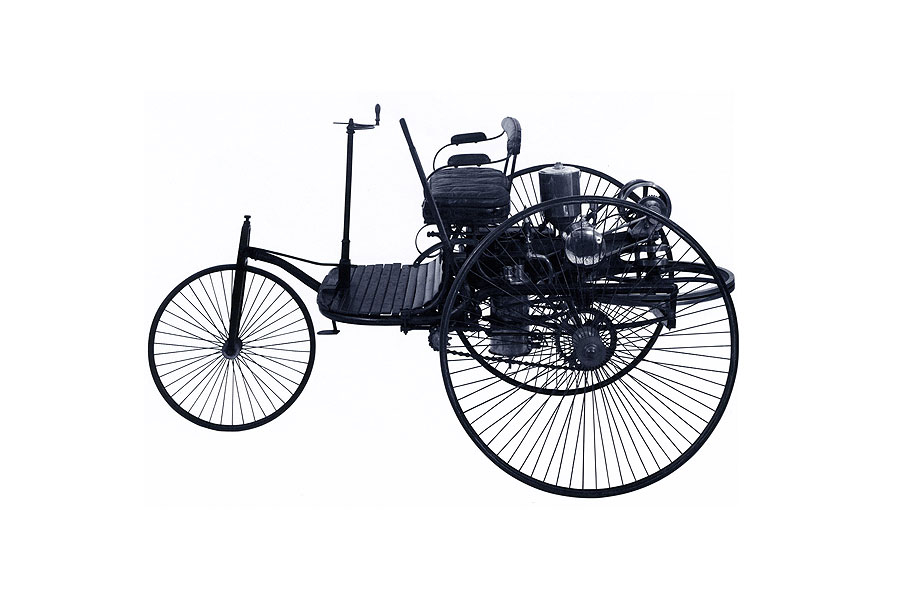 Today we're going to start a trivia article about the most important inventions in the history of the automobile. Since there is no such thing as an all-knowledgeable source out there, this text will be in a continuous development, and this is only the beginning. Each edit we shall make from now on will be recorded, and our aim is to synthesize every useful piece of information about automotive history in chronological order. Enjoy!

1672 Ferdinand Verbiest allegedly builds the first ever self-propelled vehicle as a toy for the Chinese Emperor of the time – Kangxi – but there is no irrefutable proof of this.

1712 Thomas Newcomen builds the world's first engine. It was a steam-powered device.

1769 Nicolas-Joseph Cugnot builds the world's first self-propelled vehicle. It was a steam-powered three-wheeler made of wood.

1780 James Pickard invents the crank and flywheel, paving the way for any engine to transform a reciprocating motion into a more usable, rotary motion.

1781 James Watt's improvements on the steam engine become one of the main triggers of the Industrial Revolution.

1792 The first United States toll roads are opened in Pennsylvania and Connecticut.

1876 Nikolaus Otto, together with Gottlieb Daimler and Wilhelm Maybach, develop the first practical four-stroke cycle engine. This is now called the Otto-cycle engine.

1879 Karl Benz is independently granted a patent for his internal combustion engine, a two-stroke gas powered single cylinder, based on the same technology as Nikolaus Otto's design of the four-stroke engine.

1882 James Atkinson invents the Atkinson cycle engine. His engine has only one power phase per revolution together with different intake and expansion volumes.

1885 Karl Benz designs and builds his own four-stroke engine that is first used in what was probably the world's first motorcycle, and later in his automobiles, which became the world's first cars to be produced.

1885 Gottlieb Daimler receives a German patent for an air-charging device, now commonly known as a supercharger or compressor.

1893 Rudolf Diesel is granted a patent for his compression ignition engine, now commonly known as the “Diesel engine”.

1894 The world's first ever car race is held from Paris to Rouen, France. It was won by a Panhard-Levassor with a Daimler engine, which was later disqualified for not having the required four seats.

1897 The first automobile insurance policy is purchased in Westfield, Massachusetts.

1900 Wilhelm Maybach designs an engine to be made by Daimler Motoren Gesellschaft - following the specifications of a certain Emil Jellinek - who required the engine to be named Daimler-Mercedes after his daughter. Two years later, automobiles powered by that engine were put into production by DMG – the first Mercedes'.

1900 Michelin publishes a guide which contained a list of all the gas stations to be found in France.

1901 The first automobile to be mass produced begins being manufactured by Oldsmobile. In six years of production, the "Curved Dash" Oldsmobile reaches over 19000 units built.

1905 Swiss engineer Alfred Buchi receives a patent for a “combustion machine consisting of a  compressor, a piston engine and a turbine in sequential arrangement”. In other words, the first turbocharger.

1913 The United States passes the one million mark for registered cars in the country.

1914 The first electric traffic light is installed in Cleveland.

1923 The radio is first offered as an optional feature on cars.

1936 The Mercedes-Benz 260 D becomes the first production automobile powered by a diesel engine.

1939 Buick is the first manufacturer to introduce turn signals as standard equipment on its automobiles.

1941 The first power windows are introduced on the Lincoln Custom and the Packard Custom Super 180.

1948 Harley Earl introduces the tail fins on the Buick LeSabre Concept. Fins don't go away for more than a decade in almost every American car.

1951 The world's first patent for an automobile safety cell and crumple zones is filled with ideas conceived by Daimler-Benz engineer Bela Barenyi.

1954 Mercedes-Benz introduces padded dashboards to improve safety during a crash.

1958 The Mercedes 300 SL Roadster and the Saab GT 750 are the first automobiles fitted with seatbelts.

1966 World's first mechanical ABS is introduced by the Jensen Interceptor.

1974 National 55 mph speed limit enacted after oil shortages in the United States. It is also the end of the muscle car era.

1974 The average American family spends 33 percent of their yearly income for a new car. Twenty years later the average is 50 percent.

1978 The first turbocharged diesel engine appears on the Mercedes-Benz 300 SD, only available in the US for the first year of production.

1978 The first modern ABS is introduced on the Mercedes-Benz S-Klasse.

1981 The world's first supplemental restraint airbag is introduced on the Mercedes-Benz S-Klasse.

1985 The world's first Anti Skid system is offered on the Mercedes-Benz 190.

1988 The Oldsmobile Cutlass Supreme becomes the first car with a head-up display, just like in a fighter-jet.

1994 The Volvo 850 is the first production car with an optional side airbag.

1995 Japanese car manufacturers build over 2 million cars on US turf.

1995 The first electronic stability control system is introduced on the S-Klasse Coupe.

1996 The first whiplash protection system is introduced by Saab.

1997 The E38 BMW 7 Series is the first car to feature side curtain airbags.