Safety has always been on the agenda of car manufacturers, but never has it been as important as in the last decade or two, and a lot of the credit for this must go to organizations such as the IIHS or the EuroNCAP that test these features in new vehicles.
7 photos

However, not all markets seem to value safety equally, and the manufacturers are very well aware of that. A safer car is unavoidably a more expensive car, so those in parts of the world where a low acquisition price is more important than anything, the carmakers tend to skip on the safety features in an effort to keep the cost down.

India is famous for that, but you don't need to go looking so far to find what could very well be described as a coffin on wheels. Mexico would make a good example just as well. It's there that Nissan builds the Versa, its entry-point sedan for the North American market and a car that obtained a performance of Good in the IIHS test (equivalent to 5 Stars in the NCAP test).

Ironically enough, Mexico is also where Nissan builds the Tsuru, a sedan destined for the local market. This car registered a "Zero Stars" score in the Latin NCAP testing, meaning it offers virtually no protection to its occupants in case of a crash.

Global NCAP has launched a campaign to persuade car makers to stop selling these "Zero Stars" cars, and to make it that more convincing, it organized a Car to Car crash test at the IIHS headquarters in Virginia, USA, featuring the two Nissan models.

The sedans were placed on a head-on collision course with a 50 percent overlap at a combined speed of 80 mph (129 km/h). The video speaks for itself. In one of the angles, you can clearly see the neck of the driver dummy in the Tsuru split open. There are no airbags, no crumple zones, no safety cell - the car simply folds into an unrecognizable pile of metal and plastic.

One day ahead of the scheduled test, Nissan announced it would cease production of its Tsuru model in Mexico next May. That meant further 15,000 units would still be built in the meantime, which casts a small shadow on what is otherwise a victory for minimum safety standards worldwide.

But while the automakers can be shamed into dropping a model or two, the ones who really need convincing are the governments in these parts of the world. Mexico, like other Latin American countries, doesn't have any safety standards regarding the safety of new vehicles, which is what makes it possible for Nissan and others to sell cars such as the Tsuru.

A decision like this would put a strain on manufacturers in their attempt to meet the regulation while also keeping the prices down, and would probably result in lower sales volumes, but the governments' duty isn't toward car companies, but the safety of their citizens.

“Our first ever Car to Car test clearly shows the importance of minimum crash test regulations," said David Ward, Secretary General of Global NCAP. "Mexico doesn’t yet apply them and the US has had them for decades. The lack of standards can result in the sale of unsafe cars like the Nissan Tsuru. Across Latin America all countries should apply UN or equivalent safety standards to all new passenger cars, so that there is no future for Zero Star Cars.” 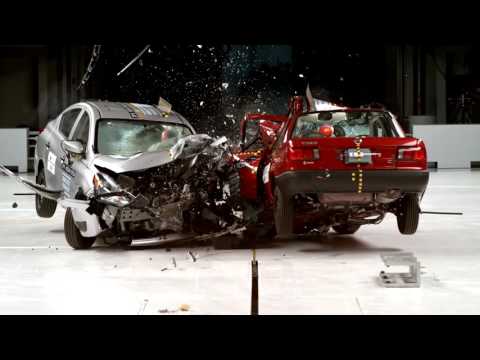