2 Sad Day: Another Lambo Passes Away
Car video reviews:
Up Next

Car Takes Off from Dallas Forth Worth... 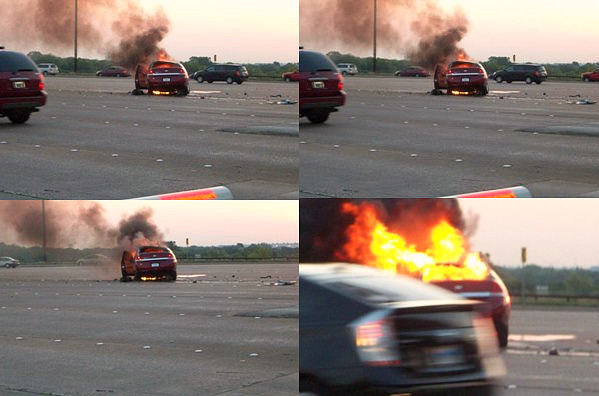 ... without clearance and with a woman at the helm. A drunk woman. Car crashes and catches fire because, you know, cars aren't meant to fly. Not yet, at least.

This is how we can sum up a bizarre incident which took place at the long line of toll booths near the Dallas-Fort Worth International Airport on June 1.

One camera filming the cars as they line up to pass through the booths was on just in time to catch a speeding vehicle as it approached at high speed the slow speed area.

The car, driven by a woman who was subsequently found to have been a bit intoxicated with alcohol, hits one of the lane dividers and takes off like a Boeing-pro, leaving behind a trail of dust and an amazed crowd. 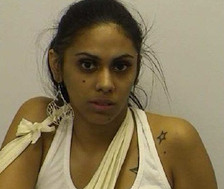 Uncaught by the camera, the car lands on the other side of the booths on all fours. Unhurt, and very inspired, the drunk woman (identified by the Dallas Observer as Yasmine Villasana) steps out of the car and sets out to make a call on her cell. A simple, yet live saving decision, as moments later the car went kaboom!

Yasmine escaped the stunt with only a broken wrist, while the toll-booth operator by which the car flew (by the looks of it, the car missed the booth by only a few inches) was safe and sound. Physically, at least.

As said, police found the woman to be drunk, despite her claims she only had "one cranberry and vodka" the night before. The involuntary jerking and bouncing of the eyeball during the impossible to pronounce horizontal gaze nystagmus test police gave her kinda ruined that excuse, though...