5 Spyshots: 2013 Opel Astra Cabrio Gets a New Roof
Car video reviews:
Up Next

A picture is worth a thousand words. Such a journalistic cliché makes a lot of sense in today’s automotive industry, especially when talking about the latest project belonging to automakers across the globe. Regardless if we’re thinking about production cars, concepts, new projects, renderings or simply a sketch, a picture is indeed worth a thousand words because it shows much more than we’d be ever capable of reporting based on the existing rumors.

There’s no doubt that every single official photo launched by a car manufacturer, be it Jaguar, Mercedes, BMW, Chevrolet, Ford or Tata Motors, helps fans all over the world get a glimpse into how a new model is going to look like months before it goes on sale, but there’s something much more attention worthy.

It’s called a spy shot, or a spy photo if you prefer, and has exactly the meaning suggested by its name: it’s a picture showing a car in prototype or even production form, often taken without permission. They have a single goal in mind: to let people see a future car that’s very likely to hit the market in the next few years.

Before going further however, let’s talk a little bit about the “without consent” part we mentioned in the previous paragraph. In some cases, taking a picture without permission is considered an illegal activity and sometimes can have serious legal consequences on the guy holding the camera. This time however everything is as legal as it gets because most, if not all cars are tested on public roads, so as long as you’re in a public place, nobody can sue you. Unless you’re breaking some special rules, but this isn’t the case with car spy photos. 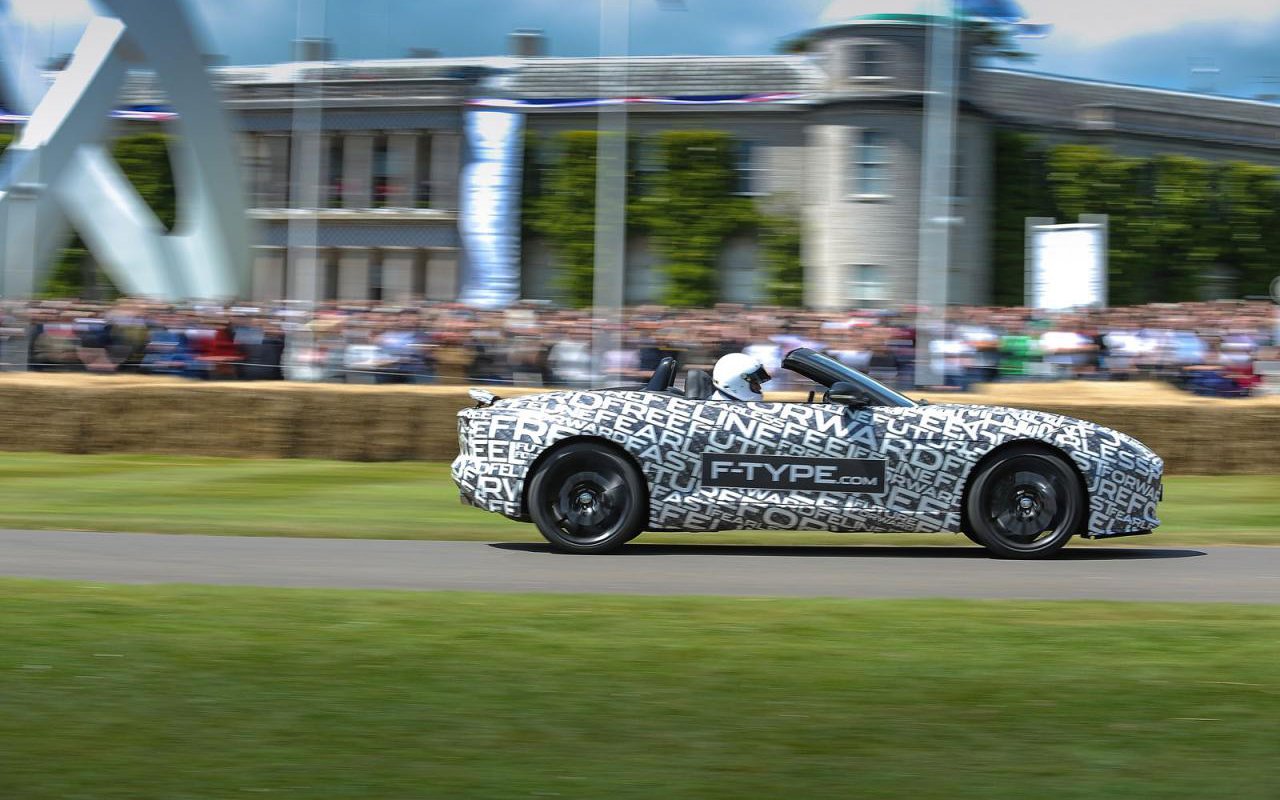 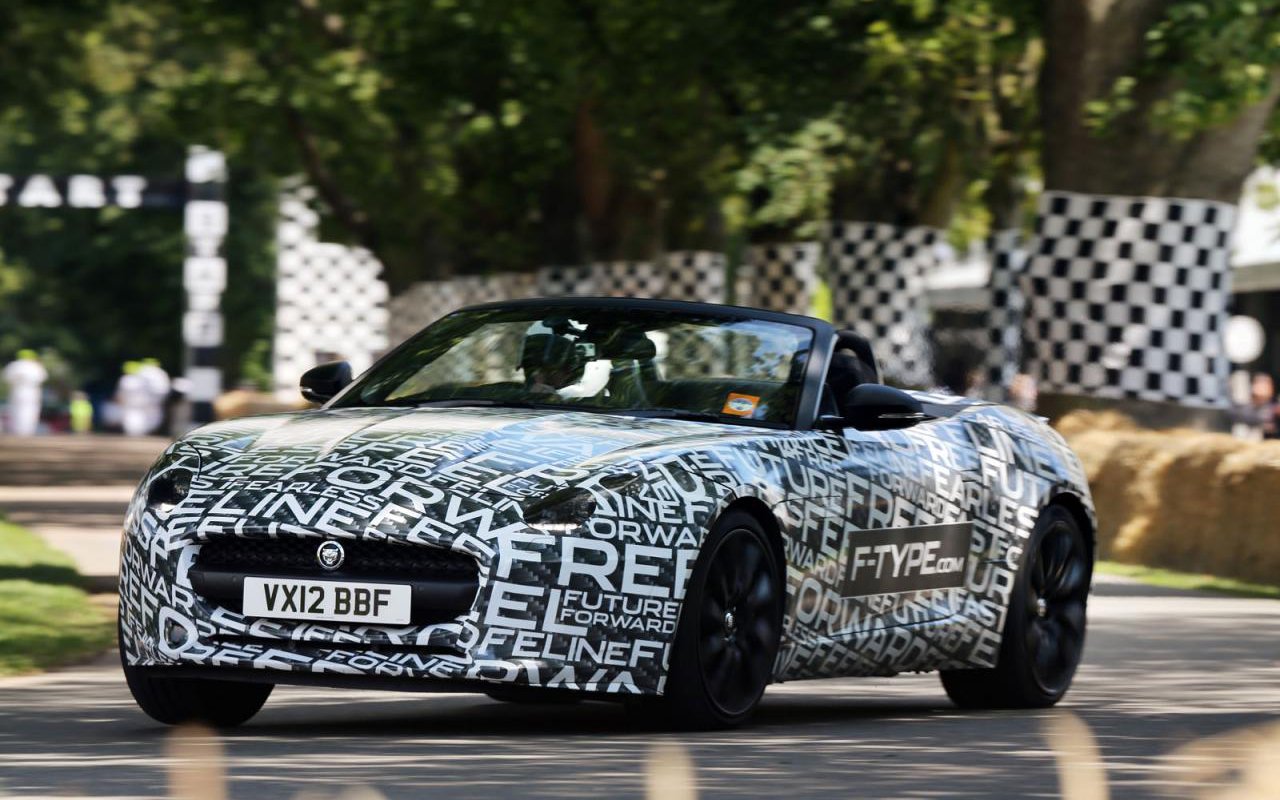 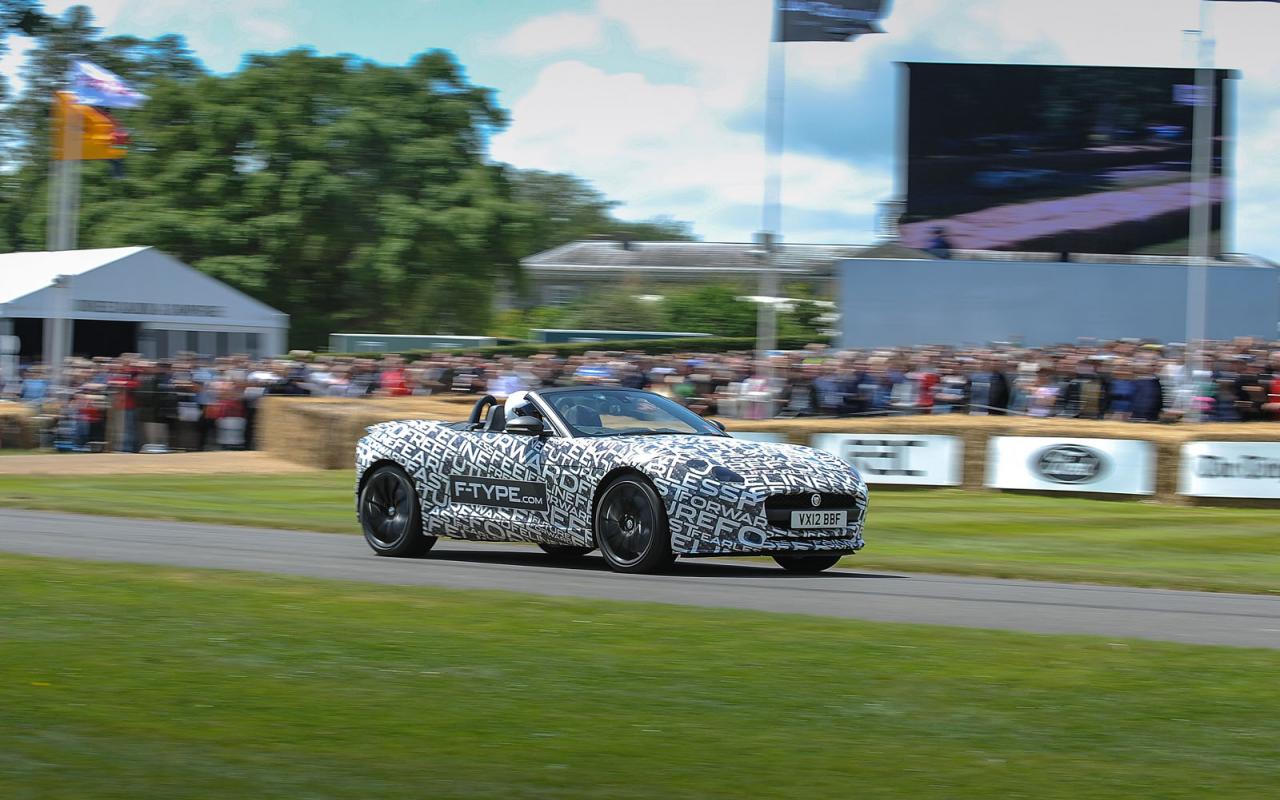 The new F-Type will be powered by a 3.0-liter supercharged V6 unit that will develop either 340 or 380 horsepower. Rumours has it that Jaguar is also preparing a much more powerful version baptized F-Type R with a maximum power of 500 hp. As you can see, the car uses quite an innovative camo, also supposed to show bystanders that they are looking at the upcoming F-Type.

Why are car manufacturers testing their cars on public roads? There are two reasons for this.

First of all, this is the easiest, the fastest and the most affordable way to simulate real-life conditions, which means the manufacturer gets to see how the car would behave in a traffic jam, on a highway or in a parking lot if it ever reaches production.

Second of all, it’s much, much cheaper than you’d ever think. Some companies, especially those building supercars or high-performance vehicles, test their new cars on tracks, such as Nurburgring, obviously paying a pretty decent fee. This however doesn’t mean that other people can’t see their concepts, so the only way to test a car privately is building your very own city. For testing purposes, that is. Obviously, plenty of manufacturers already have their own testing labs, but again, real-life conditions are the only ones that can help them determine whether a car is ready for production or not. 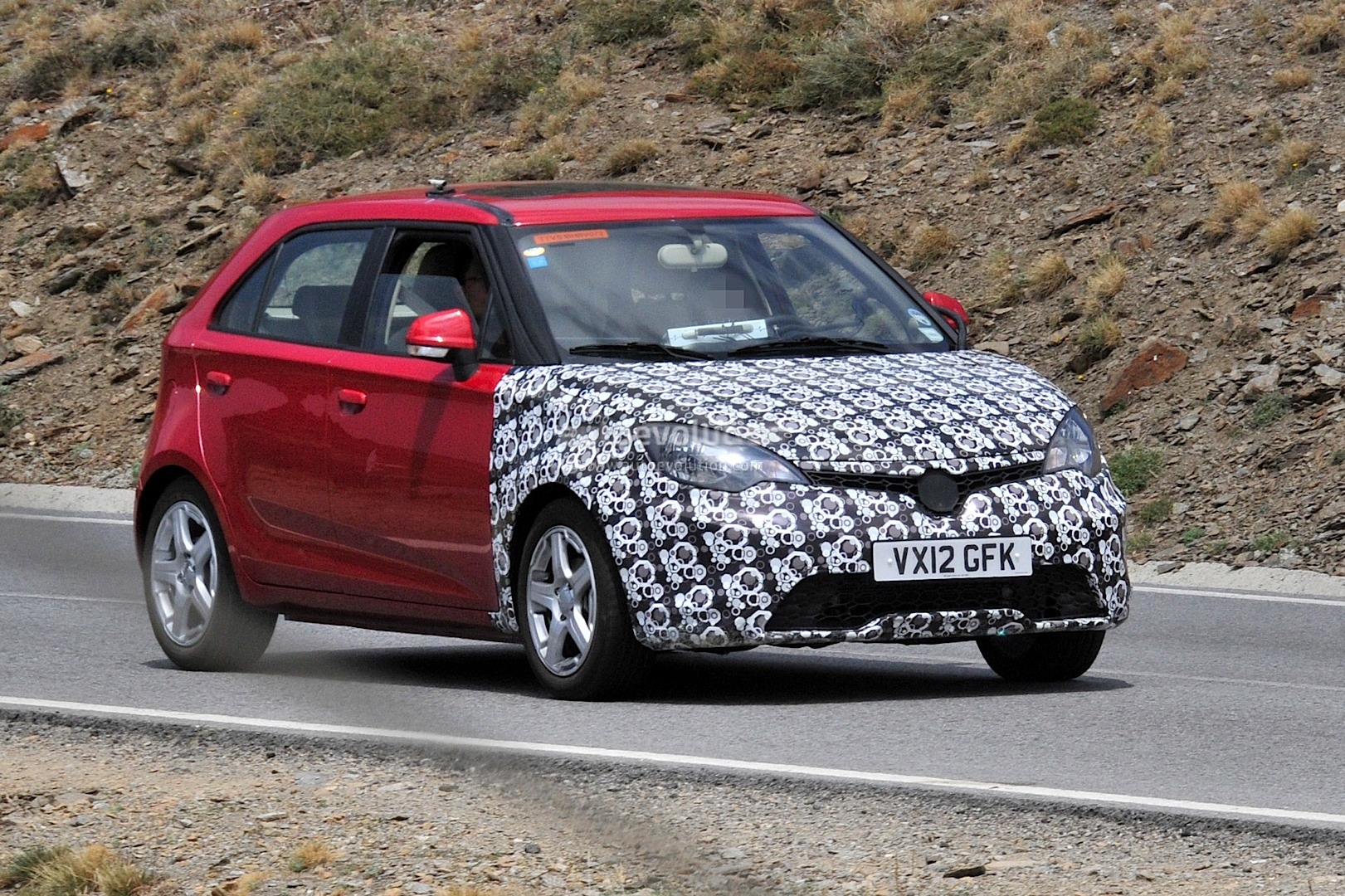 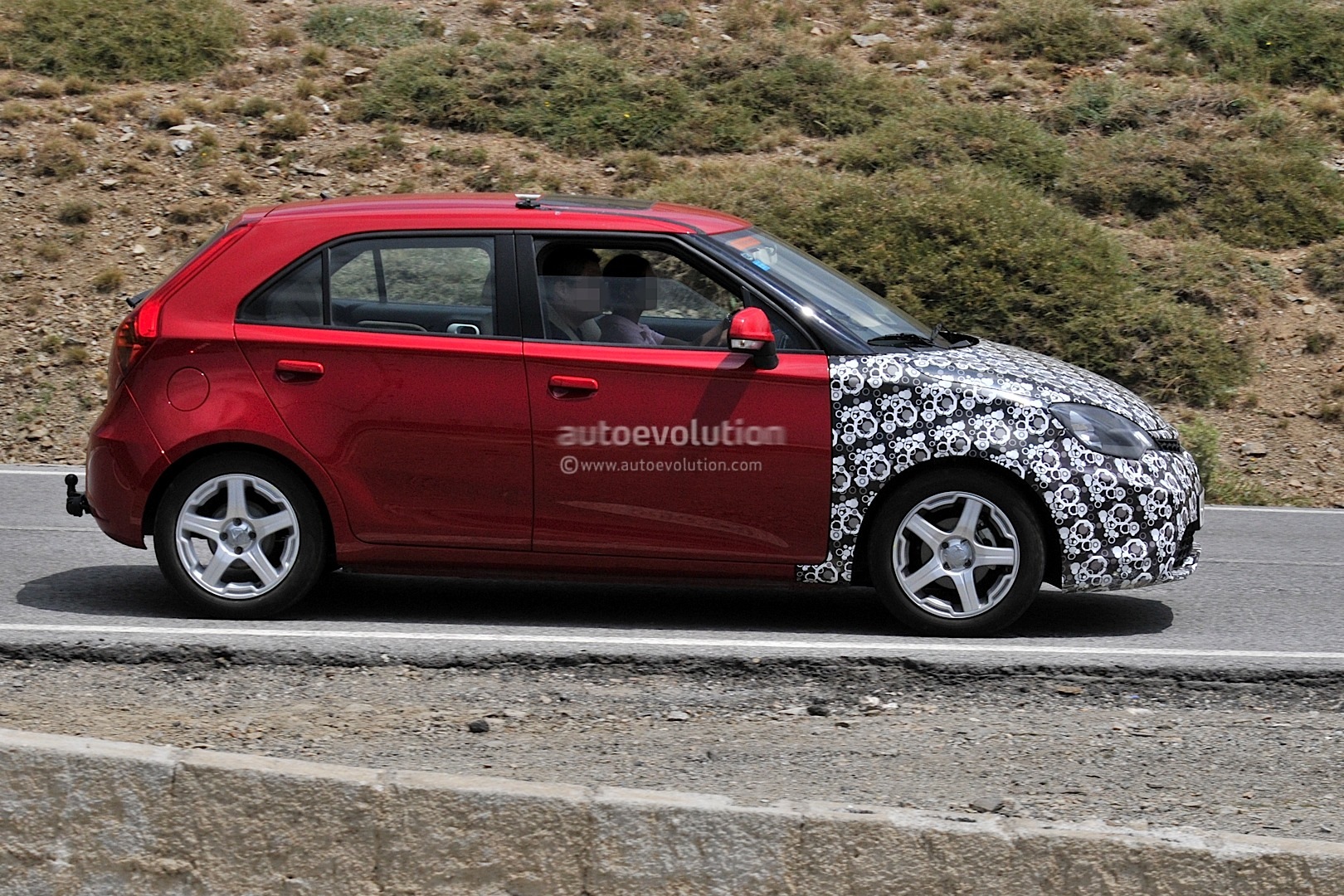 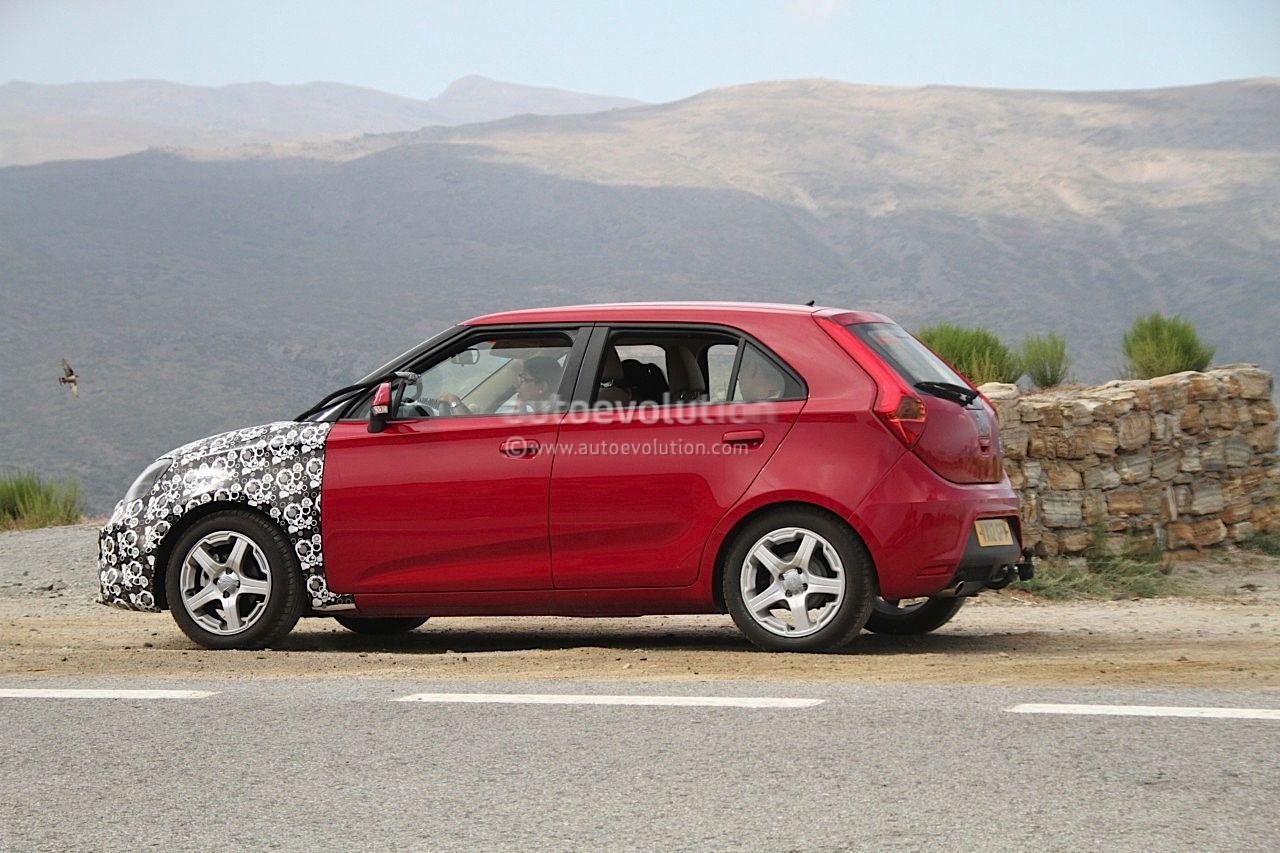 This is the new MG3, the new supermini developed by the Chinese-owned British carmaker MG. The car is expected to arrive on European soil soon, in an attempt to fight with German companies for the supermini category. As you can see, some manufacturers choose to cover only small parts of their cars, thus letting everyone know that these are actually the revised parts that will be introduced on the facelifted model.

Which leads us to another important chapter of our article: if car manufacturers agree to test their vehicles in a public place, how come they manage to keep new cars away from your eyes till the official unveiling? The answer is as simple as it gets: using special camouflage kits. 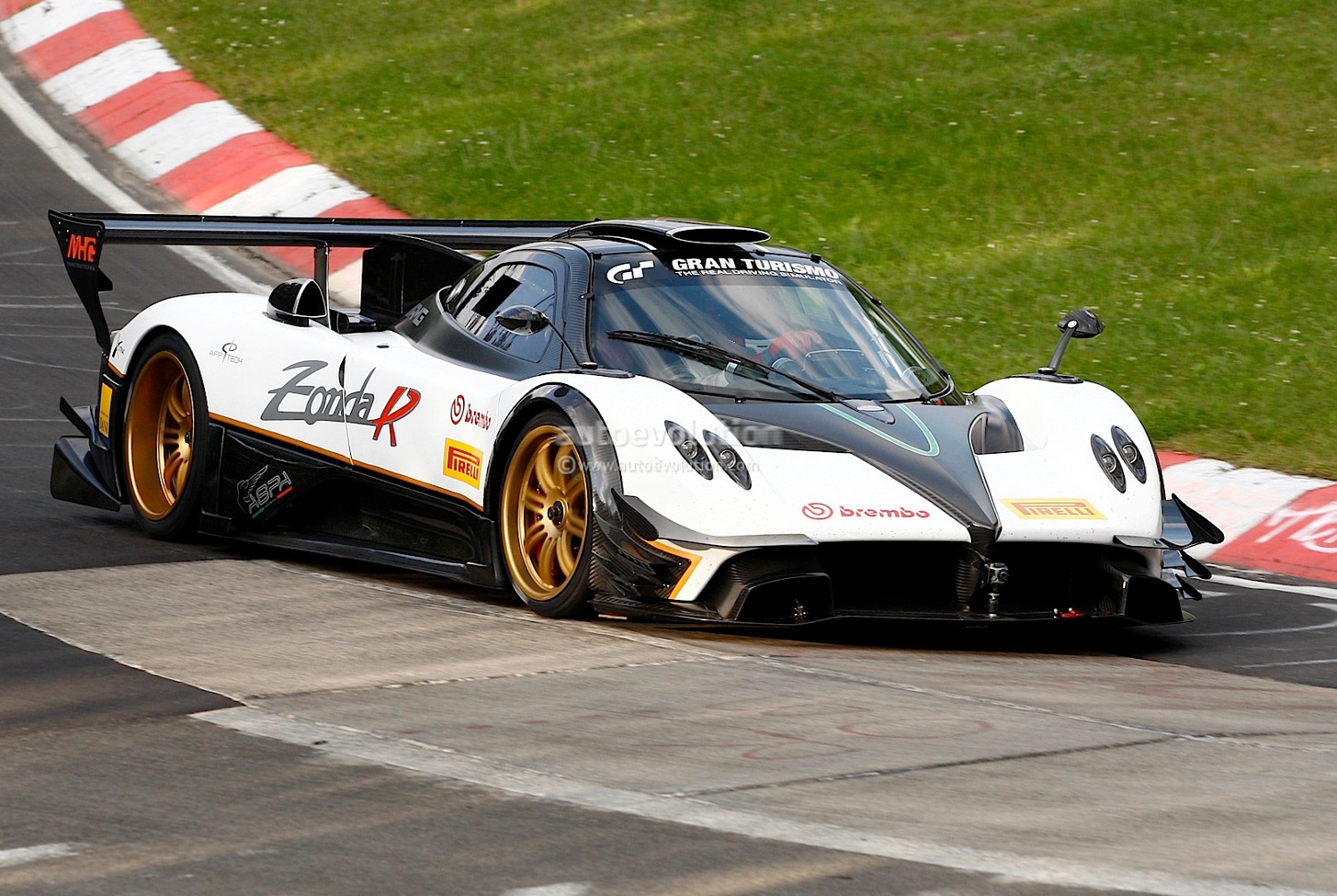 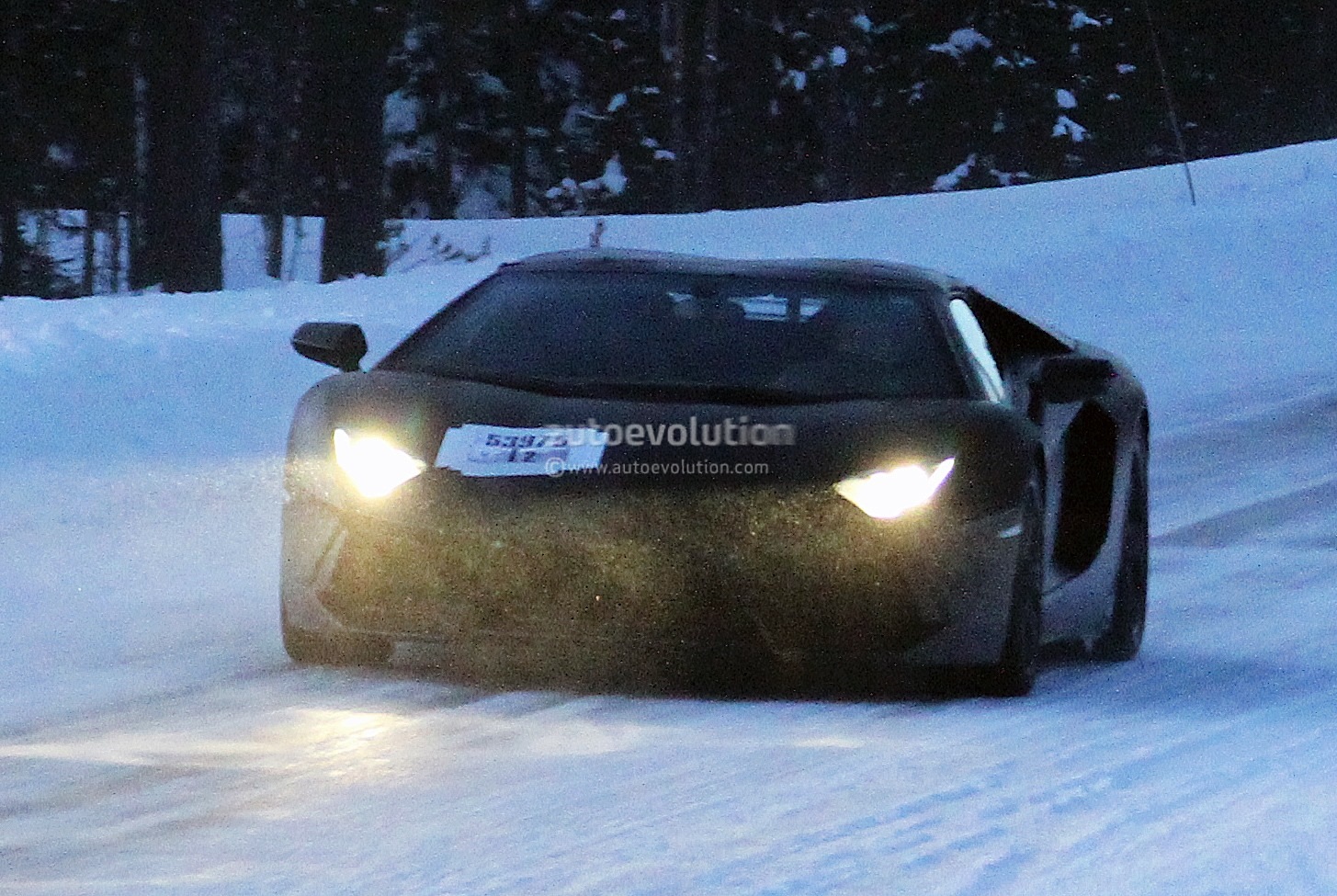 The idea of wrapping a car in camouflage isn’t quite new, as military forces adopted such a technique during World War I when they attempted to keep their vehicles away from the enemy.

This time however, car manufacturers come in peace and their only goal is to hide their new vehicles’ shape, lines and special elements from fans, press and rivals.

There are plenty of camouflage kits and types out there, some of them especially developed to better hide the new cars’ silhouettes. Are they efficient? Sometimes they are, but this is the moment when spy photographers join the play.

A spy photographer is, in essence, a photographer that takes spy pictures. Doh! But his job however is much more complicated than we’d be tempted to believe.

Every time we imagine a photographer we see one guy holding a camera and shooting photos all day long. He sometimes has perfect weather or studio conditions to take perfectly focused and crystal clear pictures. A car spy photographer however is a modern hunter.

Because car manufacturers are trying to test their cars in real-life conditions, you shouldn’t be too surprised if you see a camouflaged Porsche driven in the Sahara desert or at the North Pole. More, try to remain as calm as possible if you notice two eyes and a camera coming out of nowhere, just to take the perfect shot of the newly-developed Porsche.

Some car manufacturers are using camouflaged cars in their commercials, with the same goal of showing fans that a new model is going to be launched very soon. This is the case of Honda, as the Japanese presented the new Civic in camo version before the official debut at the 2011 Frankfurt Motor Show.

That’s the life of a spy photographer. Regardless if we’re talking about crowded cities, highway, deserts, mountains, hills, Brazil, Russia, China, Afghanistan or Zimbabwe, spy photographers need to be there to bring you the best possible shots. And they are. Regardless if they have to spend a few days all alone just because they received a tip that Ferrari is expected to test a new model in the desert or they simply tracked the engineering team down to a suspicious location.

But it’s not all just because of the passion for cars or photography. It’s a whole industry. Spy photographers, usually hired by larger agencies or companies, take photos of new cars and send them to their employer. The company in its turn signs deals with magazines, websites and TV stations from all over the world to sell these photos. In the end, the media shows you, the potential buyer of the car, these photos and, in exchange, it gets money from advertising. It’s a large industry segment that’s constantly developing these days. 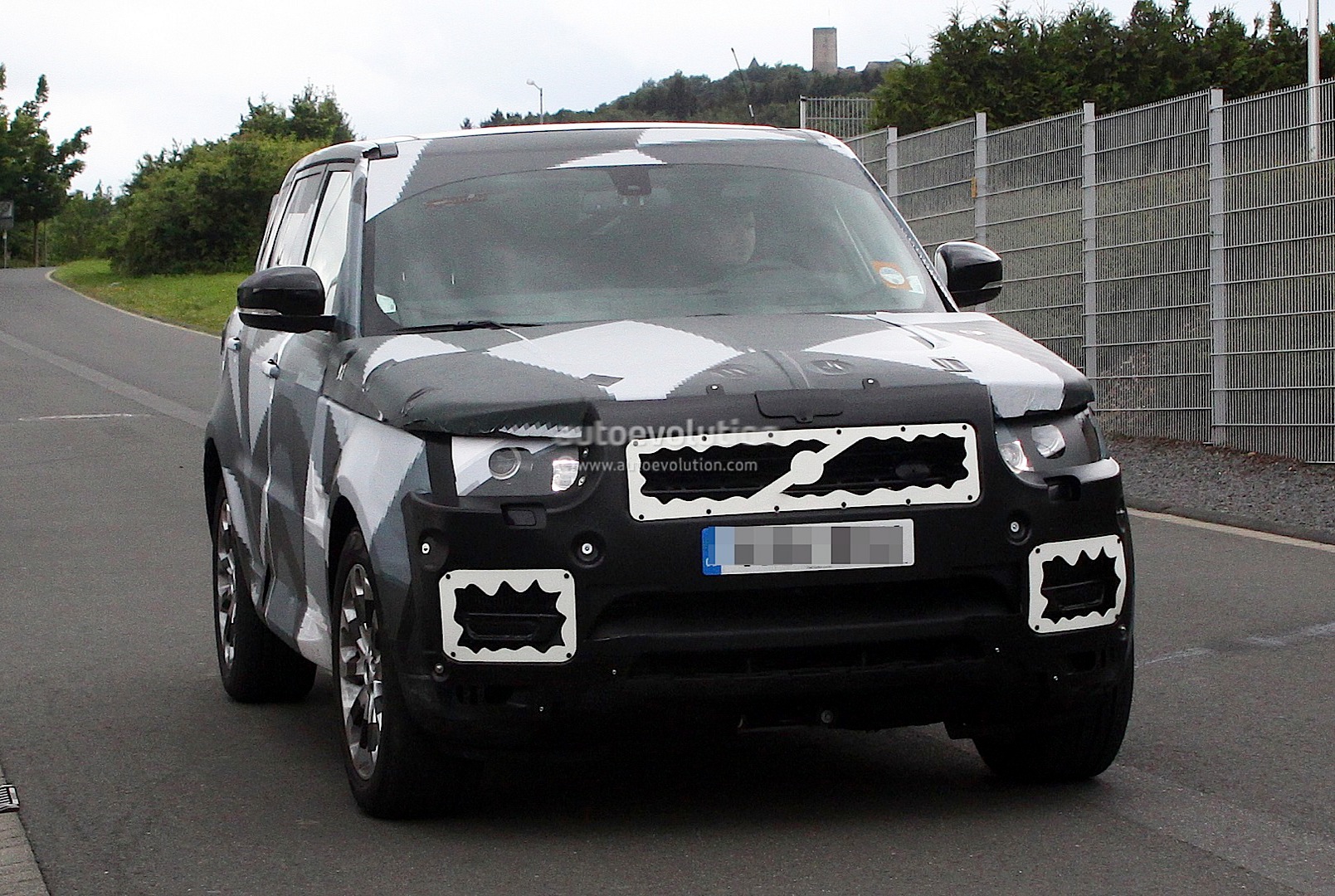 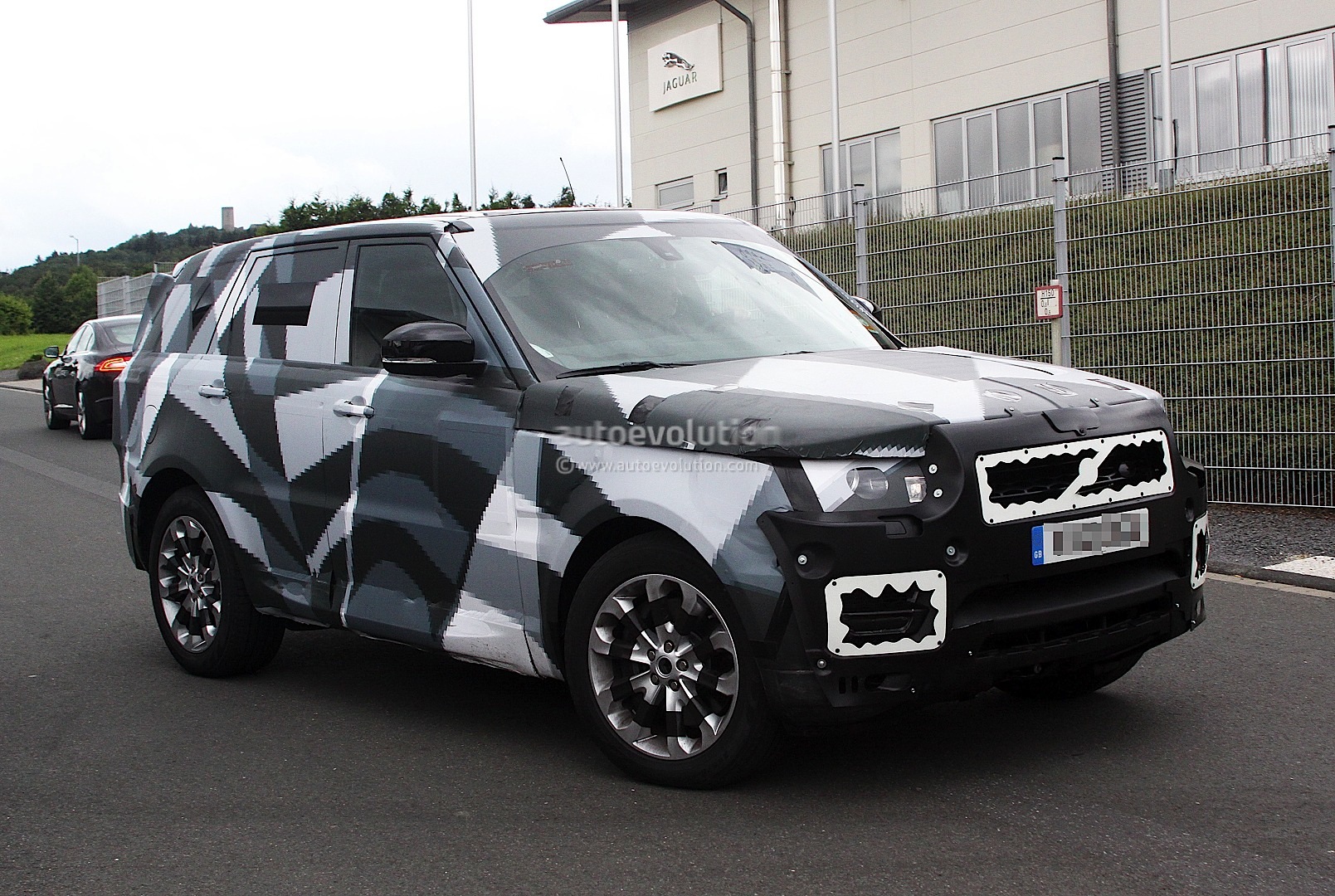 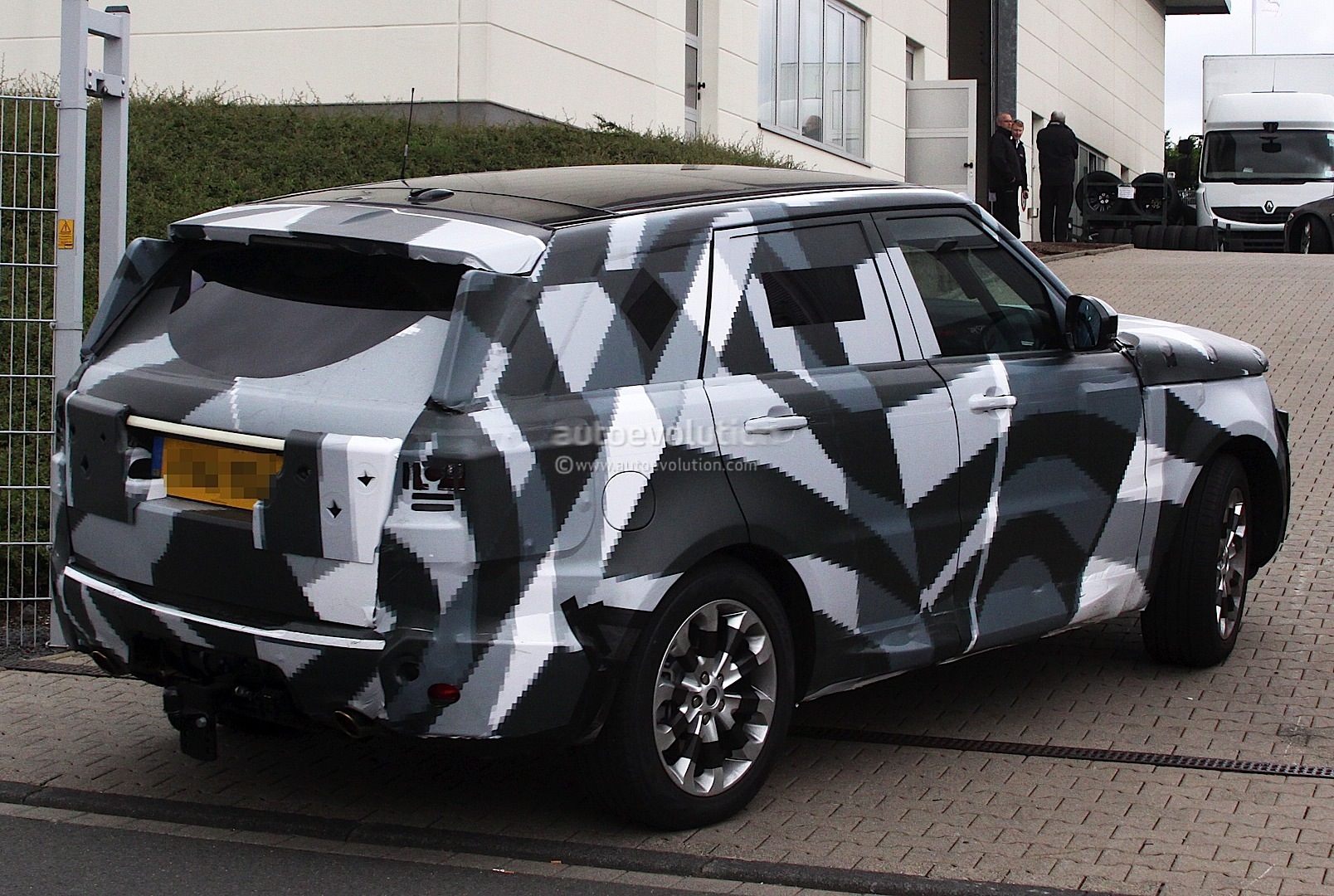 This is the upcoming 2014 Range Rover Sport. Enginners dressed the car as a Volvo, trying to trick people into believing that it's actually a Volvo model out for testing. Notice the grille which perfectly resembles the one of a Volvo.

Car spy photography also stands for sacrifices from both the photographer and the company, if there is one.

First of all, such a photographer spends days, if not month away trying to take a shot of a new prototype. They wait in the wild waiting for the car to appear or they follow a prototype with the speed of the wind in an attempt to get as close as possible. Just because of a tip they received from a partner, they sleep outside, which obviously brings a number of risks. They could get ill, attacked, robbed or hurt.

Then, there are the investments he or the employer needs to make. High-performance DSLRs, long-range lens, camouflage (to avoid getting noticed by the testing team), food and hotels cost a lost, but it’s all paid back in the end.

There is however an unseen and often untold part of this entire story: in some cases, car manufacturers, and testing staff in particular, chooses to be tracked down by spy photographers just to bring their latest projects in the spotlight. While some flip the finger in front of the cameras and swear the photographers, others push the brake and slowly drive on the road to let the camera guy take the best pictures. The result? Extensive media coverage, people talking about the new car and fuel rumors until the official launch.

On the other hand, there are companies that are trying to take advantage of this whole frenzy. In an attempt to mislead competitors, some of the manufacturers deliberately expose fake car parts, making everyone believe that it’s the production version. Instead, the company engineers installed the new engine, if there’s one, on a heavily modified chassis and body to test it in the same real-life conditions we were talking about. 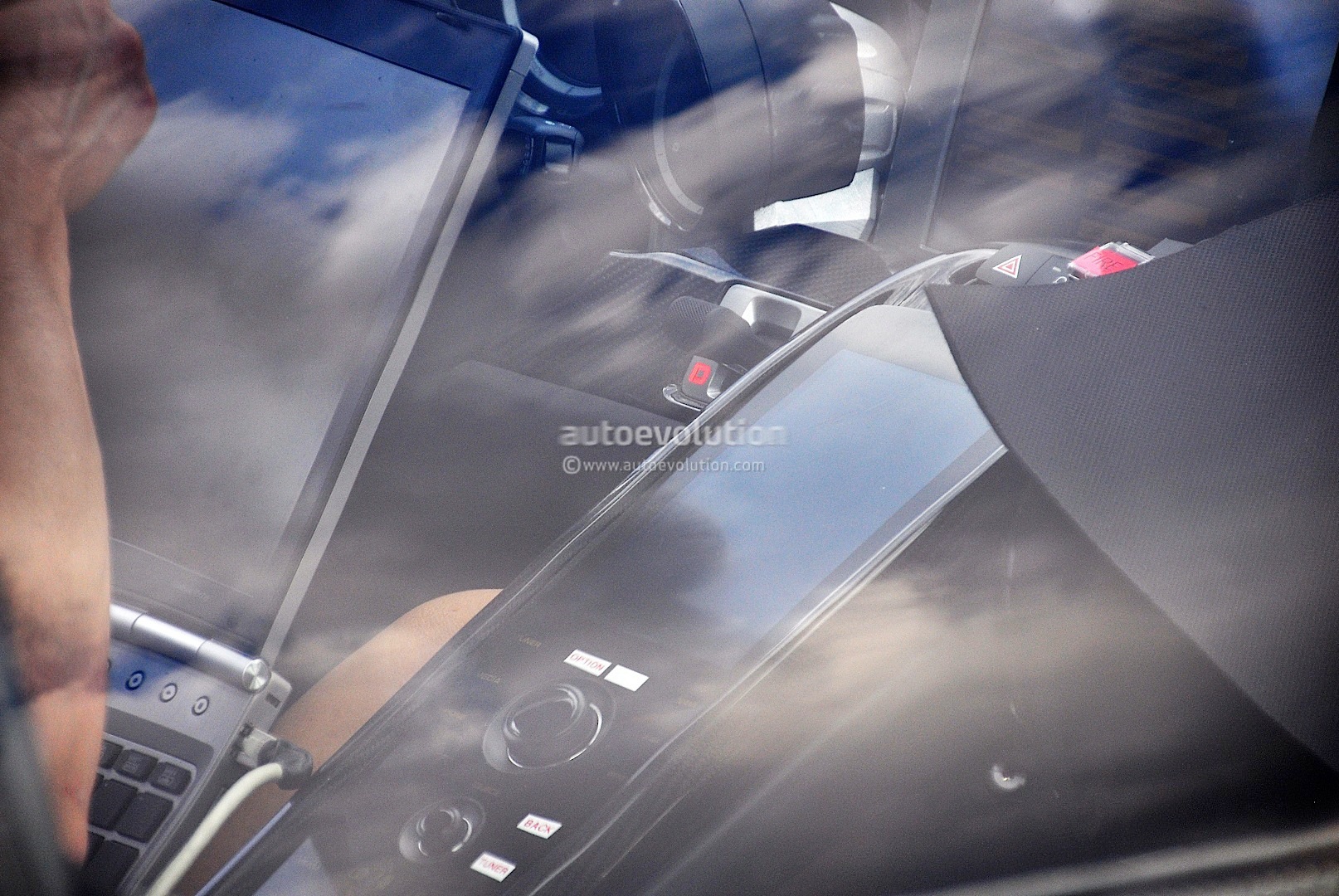 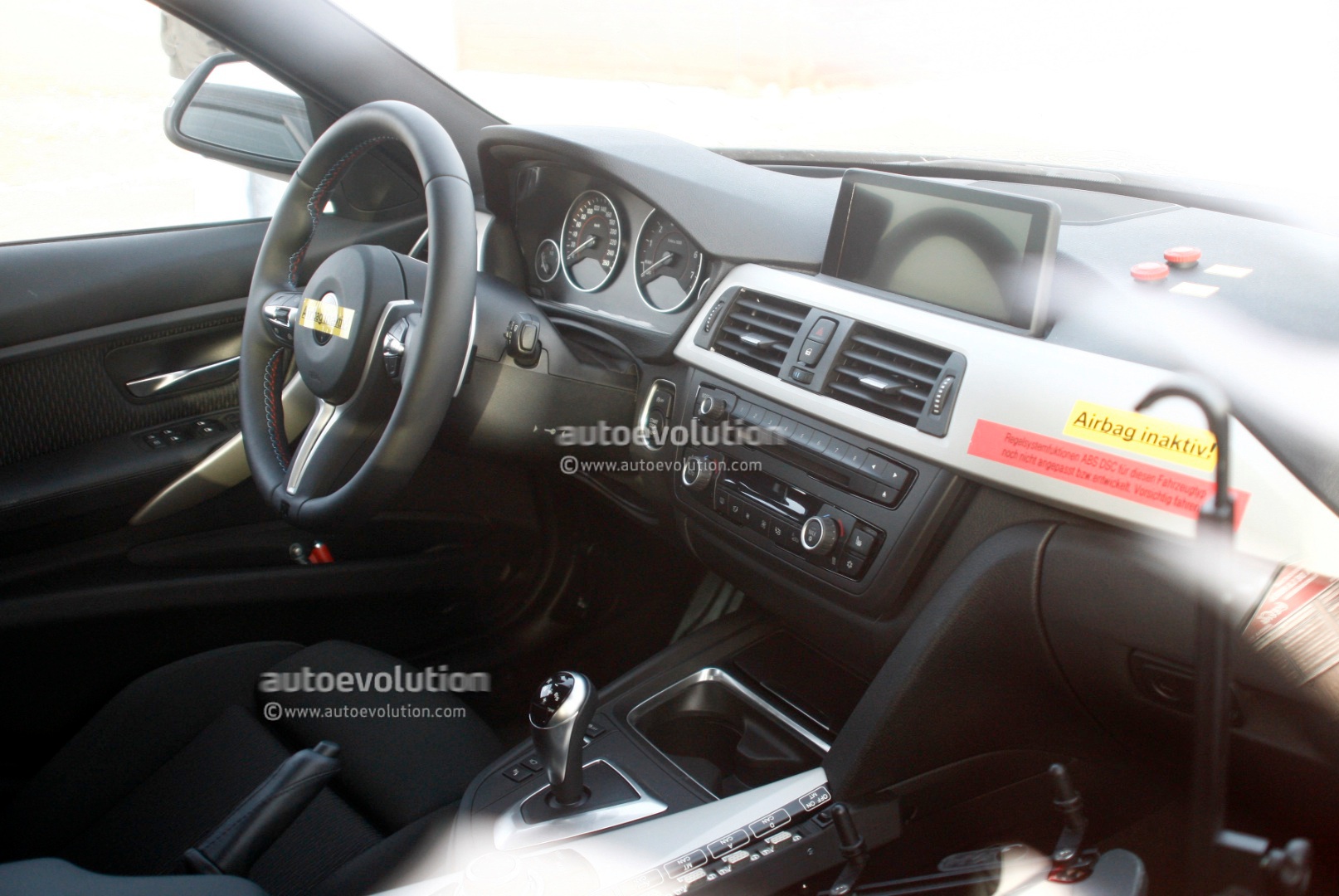 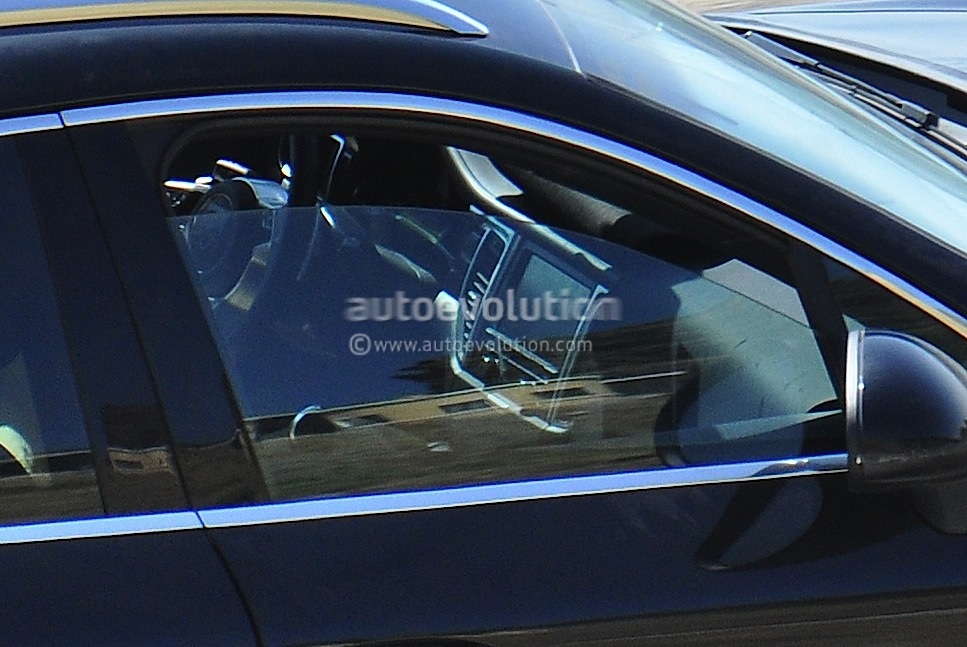 Spy photographers can also capture car interiors, but this of course involves a better angle and much more advanced equipment. As you can see, some of the photos are quite crystal clear, but they still help us get a glimpse into how to new interior will look like.

Getting back to the camouflage we were talking about, there’s one important thing that needs to be mentioned. Besides the fact that it’s supposed to hide the most important parts of the newly-designed model, the camouflage is also an attempt to make photographers’ mission a bit more difficult. Some vinyl wraps, especially the swirly ones, are not only intended to hide key details, but also to block the cameras from focusing on the car.

Truth is, today’s cameras as so advanced that an autofocus feature could easily do this job, but a car that’s drive with more than 100 km/h (62 mph) and wrapped in such a camo is clearly hard to capture.

How hard is to wrap a car in camouflage? Not that hard, that’s for sure. And it’s definitely very affordable. A simple search on Google reveals prices ranging in between a few hundred dollars and thousands of dollars, obviously depending on pattern and quality.

With all these being said, let’s get back to our news section and enjoy the latest spyshots. And do you know what’s the best part? Anybody can be a spy photographer, just make sure you have a camera around whenever you get past a heavily disguised car.