2 Car Coding and What it Can Bring For Your Vehicle

Car enthusiasts have many obstacles in front of them when working on their vehicles is concerned. Once you want to go beyond what the automaker lets you access, things get expensive for any petrolhead.
5 photos

A group of tech enthusiasts has decided to change that, and they started Macchina, a start-up company that wants to sell a tool to help people “hack” their vehicles.

Their first product is called M2, and it can be plugged into an OBD-II port of a modern vehicle to allow its operator to do more things with that automobile.

While this tool has the potential of being used by real hackers, they must first get access to the diagnostics plug of that car (or motorcycle, for that matter), which is in the interior of the vehicle, usually concealed by a panel.

The Macchina M2 is not your run-of-the-mill diagnostic dongle, like the ones you can find on eBay or Amazon for a couple of dollars.

Instead, it acts as a miniature computer thanks to its Arduino base, which is something similar to a Raspberry Pi, but also designed for people who know their way around computer programming and hardware.

In other words, this is not a thing for the average Joe, but for enthusiasts who want to go above and beyond with tuning their vehicles.

This is imagined to be used as a base for ambitious projects that are tricky to tackle otherwise, like adapting a Tesla powertrain into a conventional automobile. No other device on the market offers this kind of possibility, which is why the Macchina M2 is unique.

Unfortunately, Plug-And-Play just means that it has an OBD-II port and an user-programmable interface, but don’t get too excited about this if your computer skills are limited to browsing and editing.

Fortunately, the existence of products like these will help workshops offer more solutions for people with complicated projects that have ambitious objectives.

Please note that this goes further than engine swaps or electric conversions, because the integration of a device like this opens a world of possibilities to those who know what they are doing with cars and programming. For the rest, this is something you can buy and have someone skilled program on your vehicle. 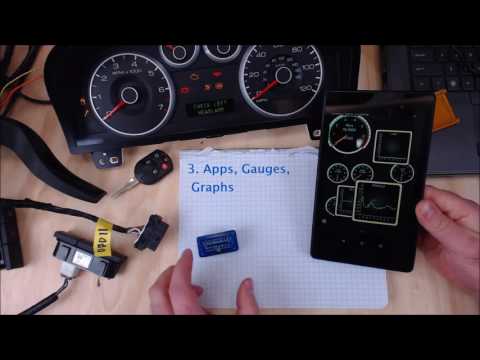