1 Road Trips Can Be Boring. Spice Things Up With a Few Simple and Quick Ideas

2 Next-Generation Cycling Computer Is Smarter, Looks Better Than Most Competitors

Airbus Starts Making Cryogenic Tanks, Aims to Use Only Green Hydrogen for Jets

Automakers have begun unleashing their newest works of art for the next year. Guess what, so have bicycle manufacturers. One team that’s always bent on taking your hard-earned cash is Cannondale. Their newest addition is an affordable carbon MTB that’s bound to get your interest.

It’s called the F-Si Carbon 5, and even though it’s part of an entire lineup of F-Si bikes, this is the most affordable of the options Cannondale has just unleashed for the new year. As the name would imply, it’s a carbon frame MTB with a hardtail and a price tag of only $2,700 (€2,200 for the European market).

Since the frame is what gives every bike it’s overall rating and performance, we can start there. For the Carbon 5, the team is using good ol’ BallisTec Carbon, allowing them to tune every aspect of this ride. BallisTec is Cannondale’s proprietary carbon technology that creates each bike layer upon layer, allowing the team to tune any aspect they deemed fit. To best explain how it all works, I've uploaded a video at the bottom to accompany your reading.

With this technique, the team has given rise to a bicycle that is stiff, light, and able to attenuate vibrations rather well due to carbon’s flexing properties, creating a bike that should be light and easy to maneuver, and made to tackle XC races. Flex zones and directional carbon layup are what give the rear triangle and seat tube their shock absorbing properties.

Taking care of any drops, bumps, and vibrations at the front of the bike, is a Fox Float 32 SC fork with 100 mm (3.93 in) of travel, remote lockout, and tapered steerer. More than enough for an XC bike, but then again, this one’s for racing.

Since the bike is a hardtail, you’ll also need to rely on your tires for suspension. Standard, Cannondale has the Carbon 5 equipped with a 29-inch Schwalbe Racing Ray Performance tire on the front, and another 29-inch Racing Ralph Performance tire on the rear. Both tires use Schwalbe’s Addix Compound and are tubeless ready. WTB STX i23 rims are responsible for holding onto your tires.

Upon studying the spec sheet for this carbon beast, I found that Shimano will not be controlling your drivetrain. Instead, SRAM makes their appearance with a DUB bottom bracket and an SX Eagle chain tuned to 12 speeds. The rear cassette is also a 12-speed SX Eagle with an NX Eagle derailleur and shifters.

While some bicyclists may frown upon the fact that the bike is equipped with a lower-end drivetrain, let’s be honest, you’re getting a carbon frame XC MTB bike from one of those teams you see on TV, at a fraction of what we’ve seen in the past years. Why not go one step further, strip the bike, and equip it with your favorite drivetrain?

On the other hand, don’t rule Shimano out of the game just yet, because they aren’t. This team is present with MT400 front and rear hubs, and the entire braking system, this time with MT500 hydraulic disc brakes and 160 mm (6.3 in) rotors.

One feature that looks rather nice for riders, is the cockpit. I don’t know, there’s this slight bend to the handlebars that just invites you to hop on and hold on tight.

If bicycle manufacturers like Cannondale continue playing with carbon construction for the next few years, I feel we’re going to start seeing carbon being used like aluminum; fingers crossed. Nonetheless, $2,700 (€2,200 for the European market) is a small price to pay for your very own carbon fiber XC MTB. 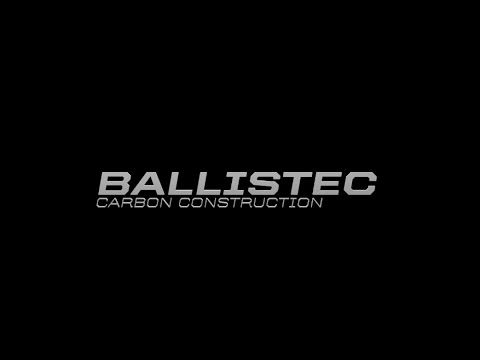 Don't Let the Overlanding Nissan Juke Get Into Your Mind, We Still Hate the ModelSee all coverstories