Made for testing all kinds of large electric aircraft, from eVTOL (electric vertical take-off and landing) to heavy-lift drones and electric planes, the Flight Stand 150 claims to be the world’s largest off-the-shelf test stand made for professional use.
8 photos

Tyto Robotics says its latest product is its biggest-ever test stand and the largest off-the-shelf one in the world to date. It is over 1.5 m (5 ft) tall, has a thrust measurement capacity of up to 150 kgf (330 lbf) and torque measurement of up to 150 Nm. The Flight Stand 150 is compatible with propellers up to and beyond 2 meters (6.5 ft) in diameter.

Up until now, test stands this big were only available as custom orders, meaning clients had to wait for months to be built or maybe had to build them themselves, which is why the Flight Stand 150 is such a game-changer.

What the test stand does is help manufacturers accurately evaluate the performance of a drone’s motors and propellers, by measuring torque, thrust, RPM, current, voltage, temperature, airspeed, and the motor and propeller efficiency. By using the Flight Stand, companies can improve key features of the aircraft such as increasing the flight time, payload, range, and overall reliability.

The Flight Stand 150 is a bigger and more capable version of Tyto’s 15/50 series, which was released less than a month ago. The new test stand also has a sampling rate of 1,000 Hz and is calibrated with ASTM protocols. Its compact design ensures minimum airflow interference.

Tyto Robotics doesn’t mention the price of its new Flight Stand 150, so you have to contact the company to get a quote. You can take a look at the test stand in the video below. 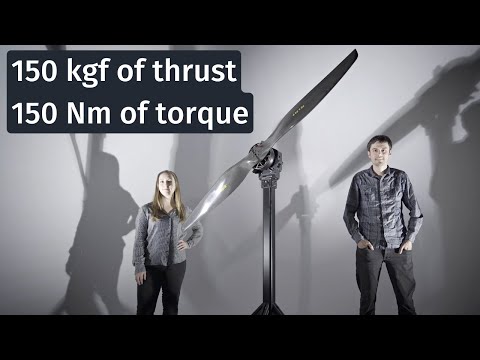