4 “Cikula” Used to Be a Honda NX650 Dominator, Then Aftermarket Sorcery Happened

What’s more, Honda simply doesn’t stand a chance against segment rivals that include the 276-horsepower Elantra N from Hyundai. As for the most offending mistake that Honda made, that would be the list of standard equipment. More specifically, U.S. models don’t feature the same goodies the Civic Si receives in Canada where it also happens to be more affordable at 33,150 maple bucks (make that $25,890) versus 27,300 freedom bucks.

HondaPro Jason is much obliged to detail every piece of hardware and software the American variant is missing in the following video. The list of differences kicks off with fog lights up front, parking sensors on both ends, LED turn signals integrated into the side mirrors, as well as shift lights.

There are three drive modes to speak of, and Individual Mode offers two color themes for the digital instrument cluster. Front and rear heated seats, a heated steering wheel, dual automatic climate control for the driver and passenger, an auto-dimming rearview mirror with built-in HomeLink, as well as a wireless charging pad for your phone sum up the dissimilarities.

In other words, American customers are missing a lot of creature comforts that Honda should’ve offered completely as standard. Adding the proverbial insult to injury, Honda is asking more money for less standard equipment.

A fellow Civic Si enthusiast puts it this way in the YouTube comments section: “Ditching the heated seats and fog lights from the U.S. version is borderline criminal, especially since the U.S. version had those things last year, and last year's version was something like $2,000 less expensive than this new one. There’s nothing about the new one that justifies a price hike.” 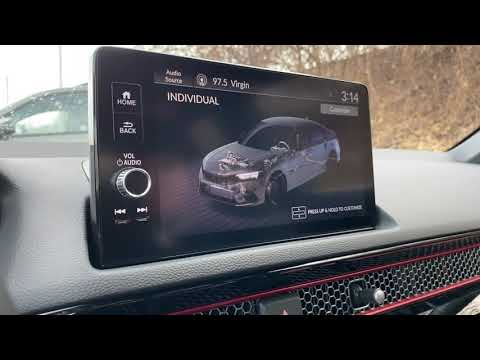