5 GM Sends Life-Saving Plan to Canada
Up Next

The New Hyundai Tiburon Comes in 2011 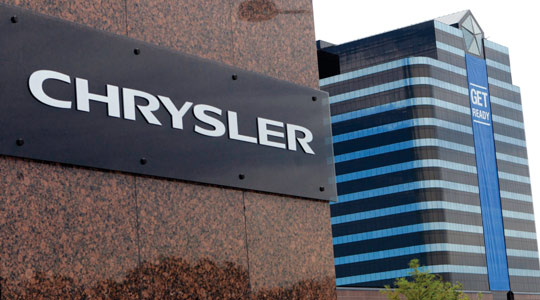 What could possible be worse than this? General Motors and Chrysler are already on thin ice, with bankruptcy knocking on their doors ever since the fourth quarter of 2008, so they are desperately looking for help from all over the world. While the United States government has asked for detailed survival plans and aims to announce a final decision today, Canada yesterday announced that it doesn't agree with the two companies' viability plans.

To be more specific, Canada says the restructuring plans do "not go far enough and will not be certified as viable in their current form", the Detroit News reported today quoting officials from the Canadian and Ontario governments.

In other words, General Motors and Chrysler won't receive the initial $3.2 billion (C$4 billion) in Canadian funds requested in December but the two companies will still receive a smaller amount of money to get through the crisis and buy more time for revising their plans.

According to the aforementioned source, Canada will support the two companies' short-term plans with the following packages: Chrysler will get $200 million (C$250 million) from the innitial $800 million (C$1 billion) package it requested while GM will also receive a small sum from the demanded $2.4 billion (C$3 billion) funding in early April.

Overall, the two companies plans to receive a funding package of up to $9.1 billion (C$11.5 billion) to support their long-term plans and continue operations in Canada.

The Canadian division of General Motors has been given a 60-day deadline to revise its survival plan and negotiate labor cost cuts with the Canadian Auto Workers. Chrysler has also received a 30-day window to link with Fiat and rethink its restructuring plans.