2 Apple Car 2076 Concept Makes Little Sense, but Only at First

Tesla’s next direct competitor isn’t Volkswagen, and it’s not Lucid either or any other carmaker out there. If we’re to believe the latest, Tesla’s “killer” comes from Canada, out of all places.

Meet Maple Majestic, which is actually the name of a car. It is the first electric vehicle from a startup called AK Motor International, which is described as part of a group called CANU (Canadian Automotive New Utilities). Maple Majestic might have a funny name, but it promises to be all the good things in life wrapped up into one, from an automotive perspective, that is.

So let’s discuss them.

Maple Majestic is named so in honor of its home country. “Maple” obviously refers to Canada’s leaf symbol and stands for the country’s “warmth and friendliness towards all cultures,” while “Majestic” refers to Canada’s status as a Constitutional Monarchy. Nice touches for the more patriotic buyers, if you ask us.“Maple Majestic is intended to be Canada’s flagship brand of automobiles on the world stage,” Arkadiusz Kaminski, CEO of AK Motor International, says in a statement.

The startup claims to have been around since 2012, even though almost no one has heard of it before the Maple Majestic announcement. It also boasts of being a leader on the local market and a multi-cultural brand, with enough expertise to put Canada on the automakers’ map and propel it at the top of the food chain of EV-making. Tesla, watch out.

Though with very few actual specifics offered, Maple Majestic is described as the perfect combination of every good thing in the automotive universe. Its performance is worthy of a sports car but its body is that of a stylish 4-door sedan, and it’s sized like a small SUV but has the capabilities of a competent off roader. These are more or less the exact terms in which it’s being described.

The press release, which you can also find available below, notes that AK Motor International will be focusing on something else than innovation in terms of battery and motors. There is an implication that Maple Majestic will be built with off-the-shelf components, which are readily available even in Canada so that the focus will be on two key areas: extreme weather driving dynamics and occupant hospitality.

The first one is achieved through adjustable suspension to allow for driving in the snow. The company says the EV will have a maximum ground clearance of 11.4 inches (290 mm) for excellent driving in heavy snow – more than the Jeep Wrangler's Rubicon's 10.8 inches (274 mm). An extended wheelbase of 122 inches (3,100 mm) further helps with driving in cold weather. That would allow housing differently sized batteries or the possibility of a hybrid configuration, with a small ICE (internal combustion engine) engine housed ahead of the rear axle, to serve as backup power generation.

The startup makes a point of stressing this: Canada has very harsh weather and, well, you know what cold weather does to EVs in terms of range. This would be the first-ever electric vehicle designed for these specific conditions.

In terms of occupant hospitality, the startup notes that the extended wheelbase, as well as the flat floorboards, would allow for more room for passengers in the back. While photos and a video of the Maple Majestic are offered, not a single shot is of the interior.

In short, this is an EV that aims to reinvent the electric vehicle and show all the other players out there how this EV-thingy should be done. “We didn’t invent the electric car, but we are here to make it civilized,” the CEO says.

That’s a bold claim from a company that seems to have come out of nowhere, offering what looks like a bunch of photos of a scale model from a forced perspective as backup. So, until more details come out, here’s a grain of salt to go with this story. 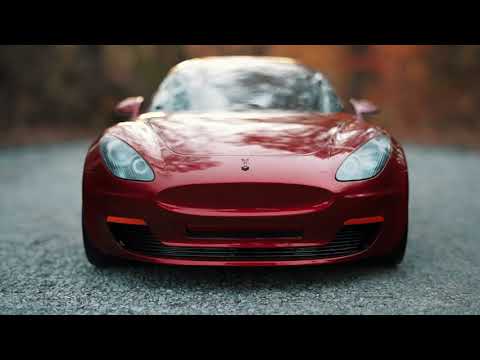