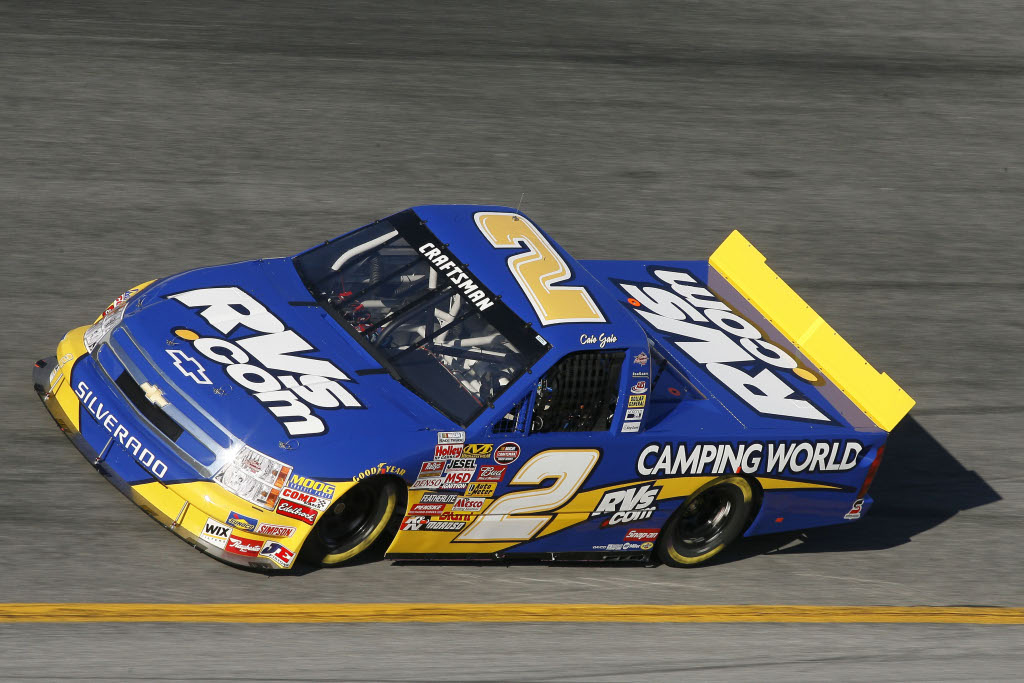 According to a statement from NASCAR, it was officially announced that Camping World will become the new sponsor for the Truck Series starting 2009. Following the Sprint Cup and Nationwide Series both changing their official sponsor at the end of 2007 – previously designated Nextel Cup and Busch Series respectively – Camping World will replace Craftsman as official sponsor of the Truck Series after 13 successful years.

“Camping World has a strong affinity with NASCAR fans and we're thrilled to be the primary sponsor in NASCAR's Truck Series. With the state of the current economy, Camping World's main objective is to communicate our brand in the most cost-effective manner and to promote affordable, family fun”.

“Additionally, we feel strongly that this sponsorship will dramatically increase our customer base in experiencing our entire product offering. We expect this relationship to not only benefit the teams and fans, but we will put a special emphasis on supporting the four auto manufacturers in selling more trucks and the Truck Series sponsors to yield the same return on investment that we've enjoyed. Camping World will work diligently to promote the four manufacturers and team sponsors by positioning them as preferred product providers to the four million RV enthusiasts we currently serve,” said Camping World chairman and CEO Marcus Lemonis according to NASCAR News.

NASCAR chairman and CEO Brian France also confirmed the new deal, arguing the Camping World was the best choice to replacing Craftsman as official sponsor of the series: “Camping and tailgating is an essential part of the NASCAR race experience. Thousands of RVs pack the campgrounds at every NASCAR event, often for three or four days at a time. This makes Camping World the perfect match for the NASCAR Truck Series”.

Long-time sponsor Craftsman – a division of Sears, Roebuck and Co – announced earlier last year that it will step off as official sponsor of the Truck Series at the end of this season. The new deal with Camping World was signed for a 7-year period and is believed to have brought the Series around $7 million annually. An official announcement on the financial state of the new deal will be revealed shortly by NASCAR officials.