3 This Lamborghini Has an Offensive License Plate, But You Can’t See It

5 This License Plate Trick Is Totally Legal... Not!
Car video reviews:
Up Next

Since advancements made in technology permit it, there is no reason why cars would not use digital license plates, and California became this week the first place in the world where such gadgets would be deployed.
1 photo
According to the Sacramento Bee, citing local officials, the rollout of such plates has already begun. In all, a total of 24 devices are available for those interested, provided they agree to pay a hefty sum of money for them.

The new plates are in fact E Ink-type screens the likes of those used in Amazon’s Kindle readers, making them impervious to glare. A computer chip for brains, a battery for power and wireless for communications are all there is to it.

The plates can display information like the car’s registration number, the date when the registration expires and, should law enforcement approve it, personal messages, commercials and even AMBER alerts.

City officials state that the plates are ideal for use in autonomous cars, as they may help locate the vehicles at all times. They could also be used to locate stolen vehicles. And here’s where problems arise.

For one, there are already other technologies available for locating both AVs and stolen cars. Usually, they come as either built-in equipment or cheap/free apps for smartphones. So why would a sane person pay $699, not including installation costs, as well as a monthly fee of about $7 for such a gadget?

Secondly, there’s the problem of privacy. The plates are in constant communication with a server somewhere, most likely owned by a city entity of some type, or by the DMV. This means police, for instance, would know at all times who and were you are. Not that you have anything to hide, but still…

And last, but not least, there’s the hacking issue. Who’s to stop an intelligent car robber from stealing a car and then making the plate show whatever license he wants?

Sacramento officials are trying to convince residents to get onboard by saying these plates do bring great advantages. Like they would allow for remote registration of the vehicles and would no longer require motorists to stick tags on their plates each year.

The plates, called R Plate Pro, are manufactured by a Bay Area company called Reviver Auto. For the California trial the date when some conclusions are to be drawn has been set for July 2022. 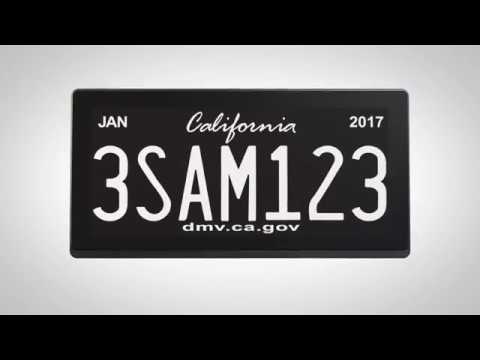