Mercedes-Benz SLS AMG Cigarette Boat Up for Grabs for $1M+ 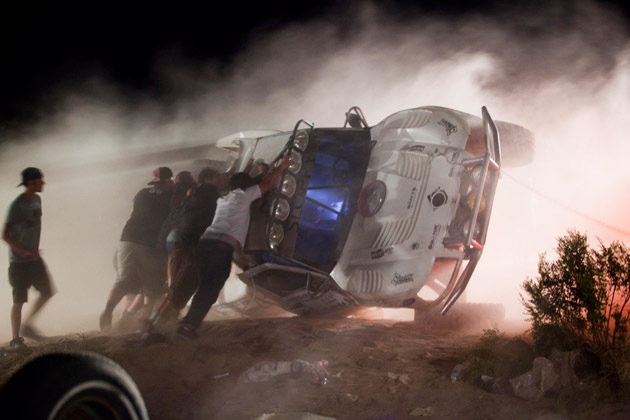 Brett M. Sloppy. This is the name of the 28 year-old driver who plowed his truck into a crowd at the California 200 off-road race on Saturday night, killing eight people and injuring another 12. Authorities also identified the victims of what is one of the most tragic racing accidents of recent years. They were from San Diego, Ventura Las Vegas and Spring Valley.

As the dust began to settle over the Mojave Desert, bits and pieces about what happened began being uncovered. Although the causes of the crash still remain undetermined, some facts have been established.

According to authorities, Sloppy was racing his heavily modified 2000 Ford Ranger at speeds of about 45 to 50 miles per hour and, for some reason, he lost control of the truck and slammed into the crowd. According to officials, there was no alcohol found in Sloppy's blood.

Because the race had been sanctioned by local authorities and was not taking place on public roads, state vehicle codes don't apply, meaning there's little ground for arresting Sloppy. Most likely, the blame will fall on Mojave Desert Racing, the organizers of the California 200 and the ones legally responsible for the safety of the participants.

As we already told you, the trucks were speeding across the desert only 10 feet (3 meters) away from the crowd, with virtually nothing protecting the spectators.

As for the driver of the truck, initial reports said he tried to flee the scene and escape the angry mob who formed nearly instantaneously. Apparently, that is not true. Witness say Sloppy did flee the scene, but he did so in shock and disbelief of what had just happened.

“Soo incredibly lost and devistated my thoughts and prayers go out to all the familys and friends involved.. Thank you too all my friends for sticking with me even thru these tragic times I love you all.”